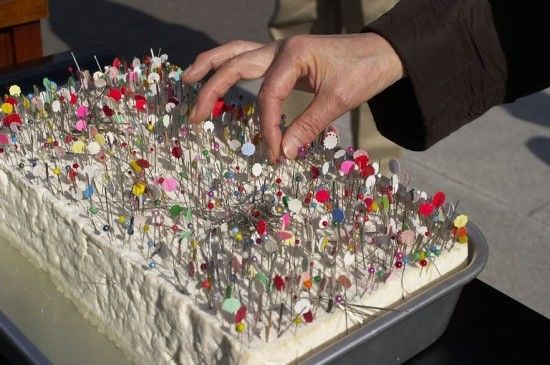 Hari Kuyo is a Japanese festival dedicated to old and broken needles. Celebrated every year on the 8th of February, this festival sees hundreds of women dressed in colorful kimonos, gathering at various Shinto shrines or Buddhist temples in and around Tokyo. This 400-year-old ritual involves sticking old and broken needles into soft chunks of tofu or jelly as a way of showing thanks for their hard work. I suppose this tradition springs from the Eastern system of displaying gratitude towards objects that are a source of livelihood. It also reflects on the animist belief that all beings and objects have a soul.

It’s not just about needles, several Japanese women consider Hari Kuyo as a time to value the small, everyday objects of daily life that are otherwise forgotten. Mottainai is the concept of not being wasteful about small things. Burying needles in tofu is said to symbolize rest for the needles, as they are wrapped with tenderness. It’s also about the many sorrows that women are believed to carry in their hearts, the burdens of which are passed on to the needles during many hours of sewing. So the needles do deserve a proper farewell and rest at the end of their service. According to Ryojo Shioiri, a Buddhist monk, “Sometimes there are painful things and secrets that women can’t tell men, and they put these secrets into the pins and ask the gods to get rid of them.” 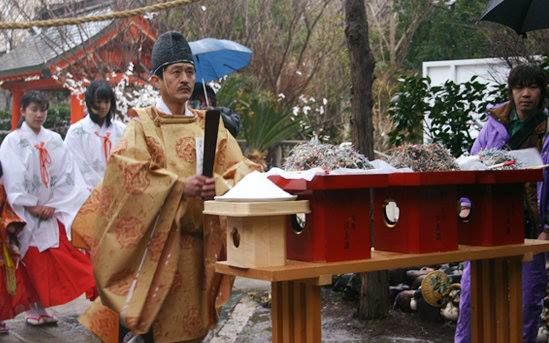 Many Japanese women come to the festival not only to thank their needles, but also to pray for better kimono-making skills. They gather around large slabs of tofu placed in front of temples, and spike multi-colored pins in them. Incense is lit for purification and monks chant in the background. Hari Kuyo marks the end of the Japanese New Year celebrations; no household work is done on that day.

As with other ancient traditions, interest in Hari Kuyo has been dwindling in current times. Not many women take up needlework anymore. Toshie Tanioka, a 58-year-old kimono-maker says, “I’ve been coming here for 20 years, it used to be much bigger. Now there are fewer people. The old ones retire and the young ones are not interested in the festival because they’re not interested in kimono-making. It’s too painstaking and they prefer western clothes.” But there still are a few young women who are interested in continuing the tradition, like Toshie’s 30-year-old apprentice, Hiroko Saito. Hopefully, this unique and fascinating Japanese tradition doesn’t die out completely in the future.

I will say goodbye to my own pile of broken and worn out needles as I thank them for their service…and trust me I have quite a pile! The needles that we use here are not the handmade needles that they use in Japan which can be quite costly, but rather are in the scheme of things the smallest investmant that we made in our stitching. I carry a large assortment of needles in all sizes and shapes, tapestry and chenilles, beading, huck and bullion needles. So please remember to change your needles often as the acid in your hands can turn your needles black, which will show up in your stitching! It breaks my heart to see some beautiful basketweave or any other stitching that has been ruined by a dirty needle.

I will then spend part of my day stitching away. I am working on 2 projects for Needlepoint Now, a few class pieces and a busy rest of the month coming up! Lets see there is Valentine’s Day, pitchers and catchers report to spring training, teaching at The Blue Bonnet Retreat, Mardi Gras, a class with The Embellishment Squad of Suzanne Howren, Tony Minieri and Meredith Willett in the new classroom at In Stitches in Atlanta… and finishing up the month with celebrating Mostly Needlepoint’s Blogoversary!

I still have more to share with you from market and for now I am headed for breakfast at The Cottage. Well it is Saturday morning! and besides I need some beads…I probably have 2-300 (no joke!) tubes of beads here and do you think that I can find color 633? NO! 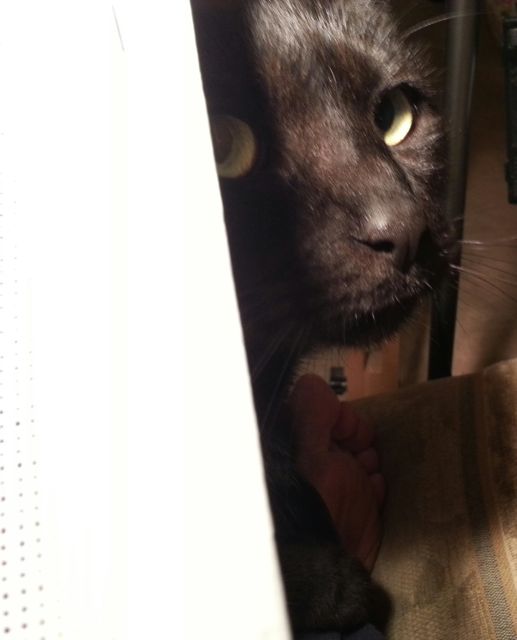 AlleyCat was making sure that I knew that she was there!

4 thoughts on “A Tradition…”