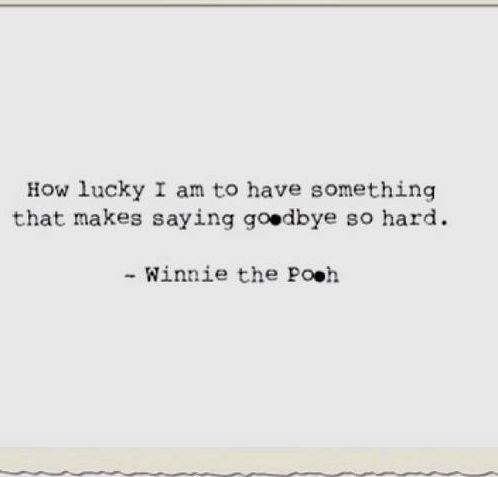 Shortly after I published the blog to honor Beth’s memory, my router that controls internet and WiFi in my house decided that it wasn’t going to work anymore…

It’s been a tough week between thinking of Beth and not being really connected. It’s not the same on your phone or using your iPad, especially since my data plan with my selected phone service is like using a dial-up account…so that’s why I haven’t been around. 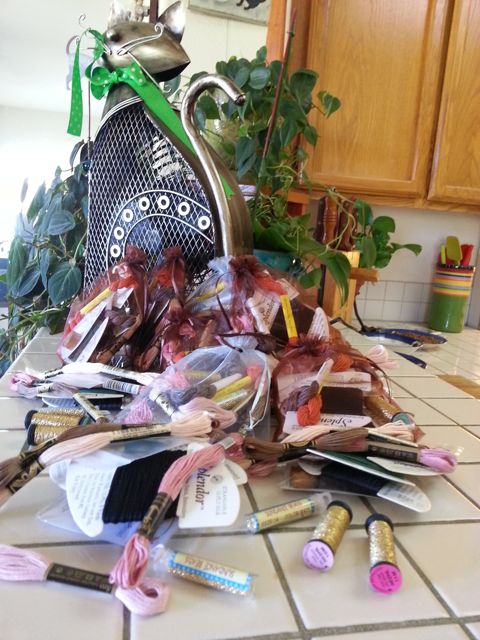 Earlier this week found me getting ready for my class in Destination Dallas. Checking my threads and packaging them up. Actually no cats were arround to help su~purr~vise!

Final proofing and printing of the stitch guides. I was gabbing away with my BFF Missy as I thought they were ready and I hit print! only to quickly realize after the final page had printed that I had forgotten to include the Van Dyke stitch! Better that I catch it now than in class… and then as I was placing the guides in the bags, I realized that I omitted the canvas designers name to the cover page. OMG, what is with me? 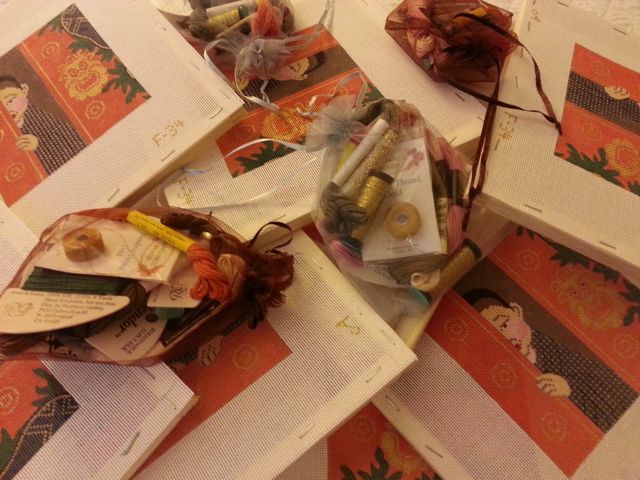 This was the final preparations yesterday afternoon as I assembled the stretcher bars and stapled the canvases on. The classes are only 90 minutes after shopping is over and before the banquet starts, so time is short and sweet… 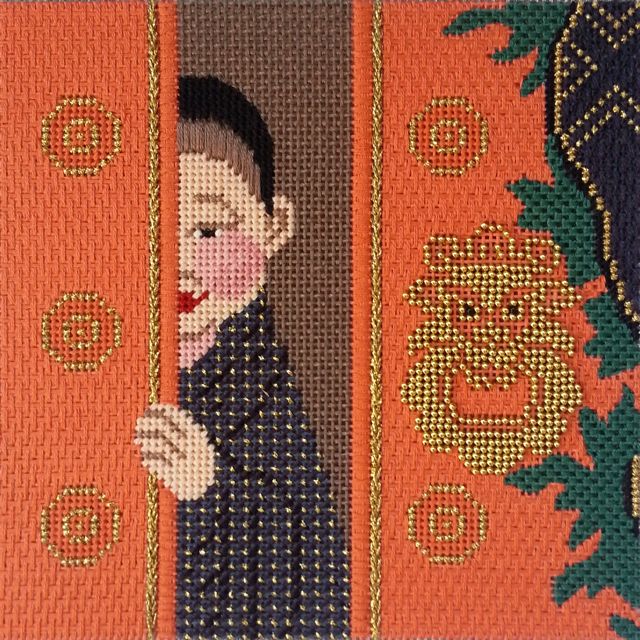 Tibetian Prince, canvas by Amanda Lawford which was an absolute pleasure to stitch! Short and sweet and will fit nicely into a black lacquer box with a 5″ x 5″ opening.

Right after class, a group of about 20 of us ventured out for dinner to Rise, a fabulous souffle restaurant in Dallas where we celebrated Cassie’s birthday. This was the bread pudding, which is one of my favorites. If you are ever in the Dallas area in the Love Field area, you really should try this place. You won’t be dissapointed!