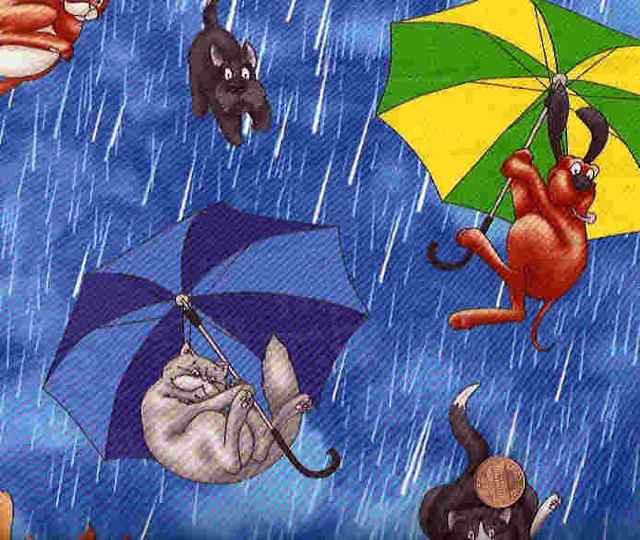 Seriously! it really is… and as I titled today’s blog, I was curious just like a cat as to where this expression came from? So I Googled it. Isn’t that what we always do now?

“Other conjectures are the the hyperbole comes from a Greek saying, similar in sound, meaning “an unlikely occurrence,” and that the phrase derives from a rare French word, catadoupe (“a waterfall”), which sounds a little like cats and dogs. It could also be that the expression was inspired by the fact that cats and dogs were closely associated with the rain and wind the Northern mythology, dogs often being pictured as the attendants of Odin the strom god, while cats were believed to cause storms.”

They were several references to this saying of it’s raining cats and dogs, but I felt that this was “purr~fect” since the words “unlikely occurence” really says it all! It has been non-stop rain for almost a day now and is supposed to continue all of today. Ooh we so need that! The sound of those rain drops is really music to our ears here in Southern California. It is misty and foggy and all great things associated with rain.

I am planning on staying in all daaaaaaaaaaaaaaaaay today stitching and putting on a pot of chicken soup…even though I would rather have some more of Colleen’s fabulous Turkey Gumbo. OMG it was amazing! 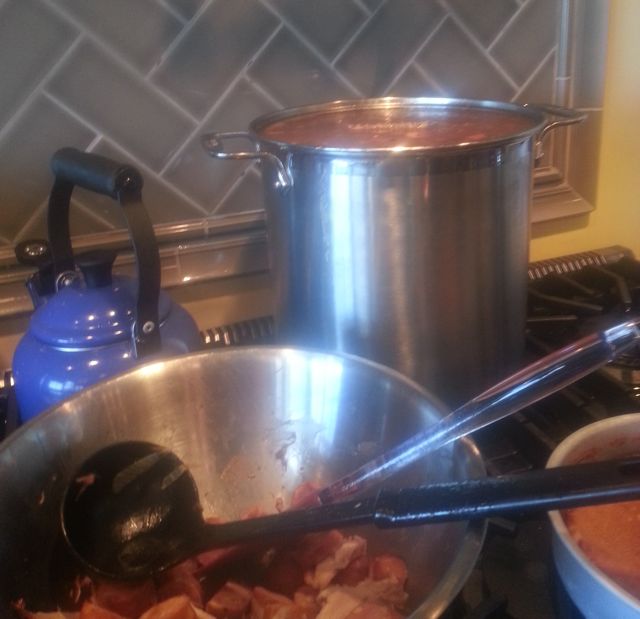 It is cooking away in the pot behind as it was waiting for the addition of the rest of the roux, turkey meat and andouille sausage. Absolutely delicious! 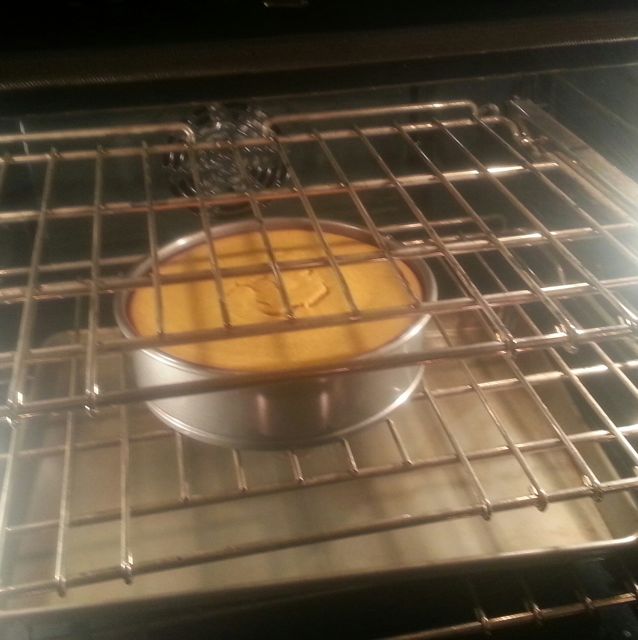 This was one of several desserts that we created for the Thanksgiving festivities…a pumpkin cheesecake that was served with a praline topping. I am sorry Cheesecake Factory, yours pales in comparison! 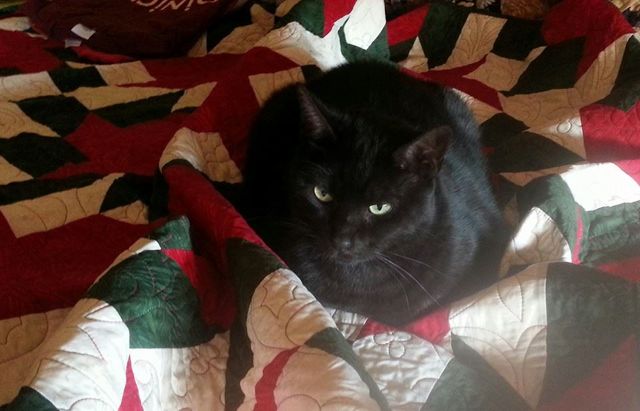 I brought out the beautiful Christmas quilt that my sister made for me last year..and guess who took it right over?