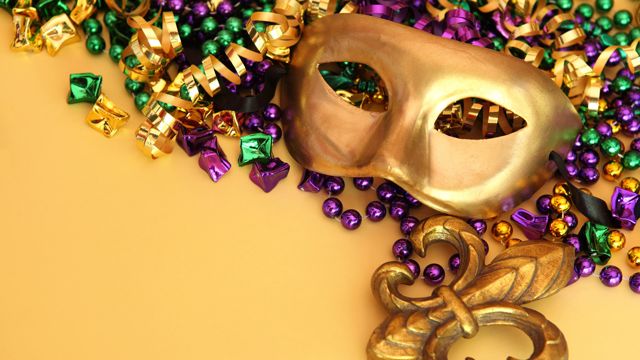 Let the Good Times Roll! Tuesday is Mardi Gras or Fat Tuesday. Mardi Gras is a season of Parades, Masquerade Balls and King Cake Parties. Tuesday also is the final day of Mardi Gras, the day before Ash Wednesday which will then start the 6 weeks of Lent, leading into the Easter holiday. It is has been celebrated in Louisiana since the 17th century. In the Catholic religion, Lent begins the season of fasting or sacrificing by giving up one of your favorite foods. Say such as chocolate…ooh shudder that thought! or your favorite glass of wine. 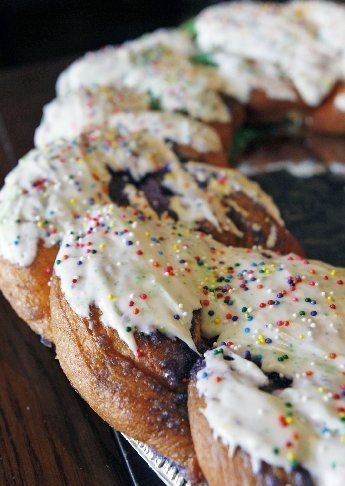 “The King Cake is a New Orleans tradition that involves a pastry, a small plastic baby, and a party. The King Cake is baked with a baby hidden inside, the person who gets the slice with baby in it hosts the next party!” 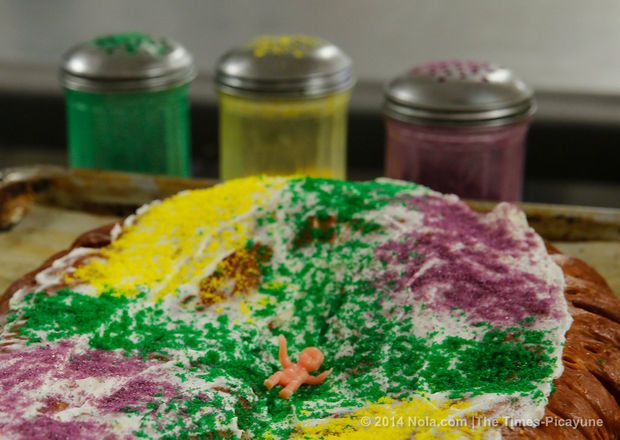 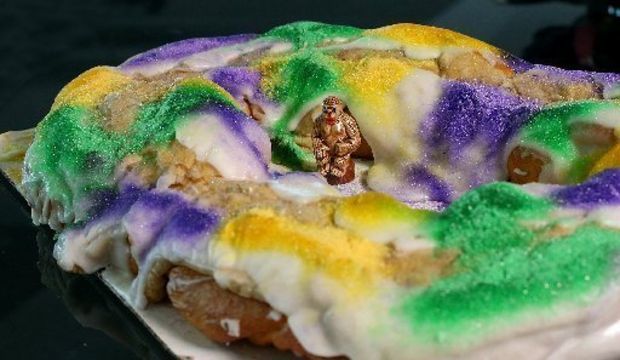 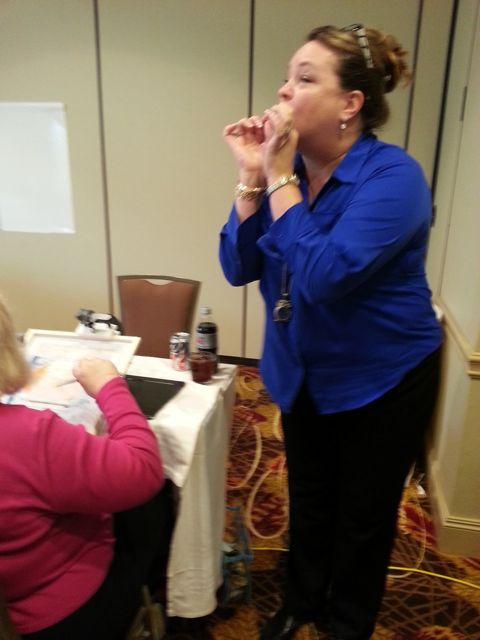 While we were at the Blue Bonnet retreat, someone brought a King Cake. We all enjoyed a slice, and another slice and another slice and yet another one. No one was finding the baby…well that is until Meredith did. Here she was so excited that she was kissing that baby! Did anyone tell her that she is to give the next party? 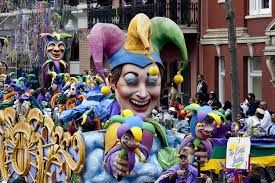 The weeks leading up to Mardi Gras in New Orleans is quite the place to be. I have been to New Orleans a few times, but never during Mardi Gras. This is definitely on my bucket list! San Diego celebrates Mardi Gras tonight, but nothing like this. 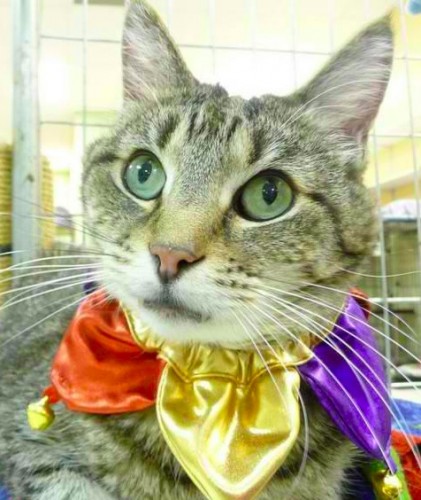 Well you just knew that there would be a cat in this somewhere, somehow!

The traditional colors of Mardi Gras are purple, green, and gold. (not quite right on this cat, but work with me here) These colors are said to have been chosen by Grand Duke Alexis Alexandrovitch Romanoff of Russia during a visit to New Orleans This was reaffirmed in 1892, when the Rex Parade theme “Symbolism of Colors” gave the colors their meanings of justice, power and faith. 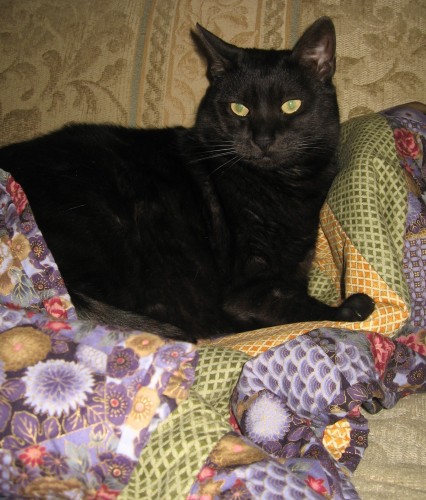 While going through threads today looking for just that purr~fect Mardi Gras colors, look what I found! AlleyCat is posing for us against purple, green and gold!