Well it’s really Saturday, but why not start early? I am sure that you have bought one or two already for your home… a gorgeous blossoming plant with colorful foliage. They used to be just red…but now we have white, pink, coral, mixed variations and even 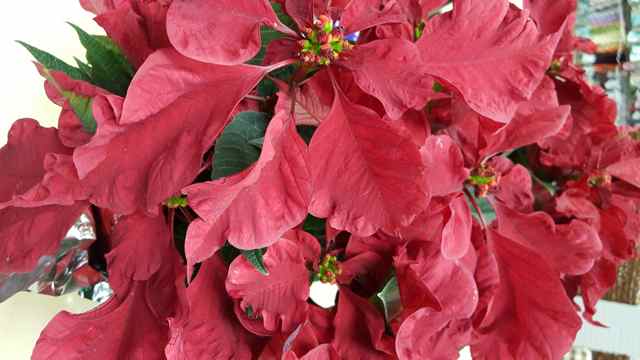 Although the plant is native to Mexico, a majority of all the plants are exported from the US. The Aztecs considered them a symbol of purity because of their gorgeous red color. Joel Poinsett, the fiirst US ambassador to Mexico introduced them to the states after discovering them growing on the hillsides while visiting Taxco in the early 1880’s.

But actually the poinsettia can be traced back even further than that. The flower produced a red dye and the sap was known to control fevers, so Montezuma had poinsettias delivered to his home to what is now known as Mexico City. 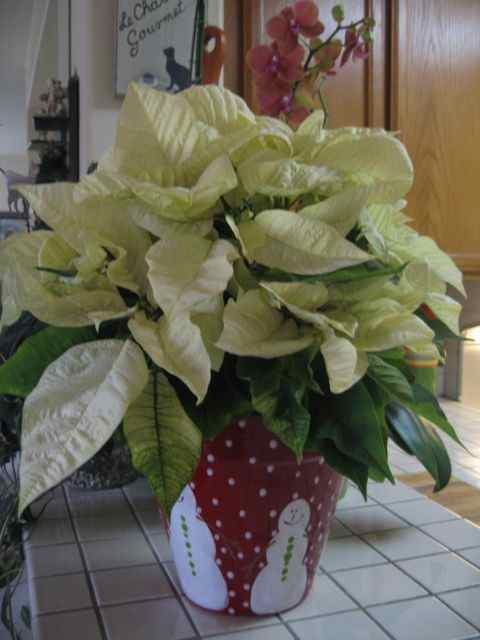 In Mexico, they are are known as “La Flor de la Nochebuena”-flower of the Holy Night or Christmas Eve. Use of the plant to celebrate Christmas in Mexico dates back to the 17th century. As the legend is told, a young girl had nothing to honor baby Jesus in a procession and an angel tells her that any gift given with love will suffice. She gathers weeds by the roadside to place around the manger, which miraculously transform into the beautiful red starflower we know as the poinsettia. 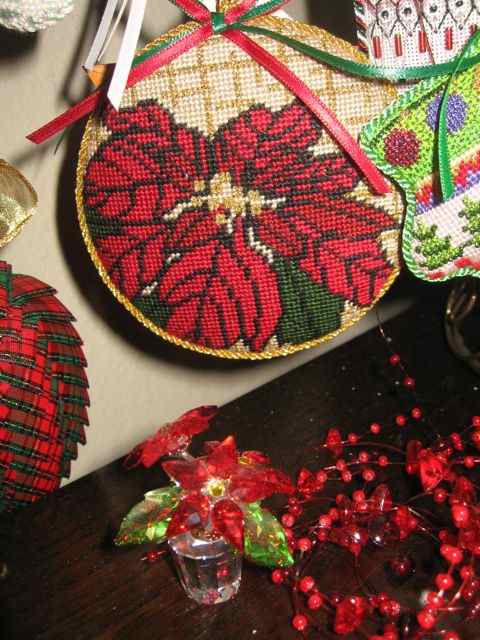 Of course poinsettias are part of our holiday stitching! This was a canvas designed by Terry Enfield and then became part of the Jane Juell line, but not sure if it still being painted…it is one of my favorite ornaments to hang on my tree!

Are poinsettias poisonous to your kitties? Not really, unless they eat the entire plant! But I usually don’t tempt fate since certian people in this house and not mentioning any names, do chew on a plant or 2 of mine from time to time…so this will live outside my front door. 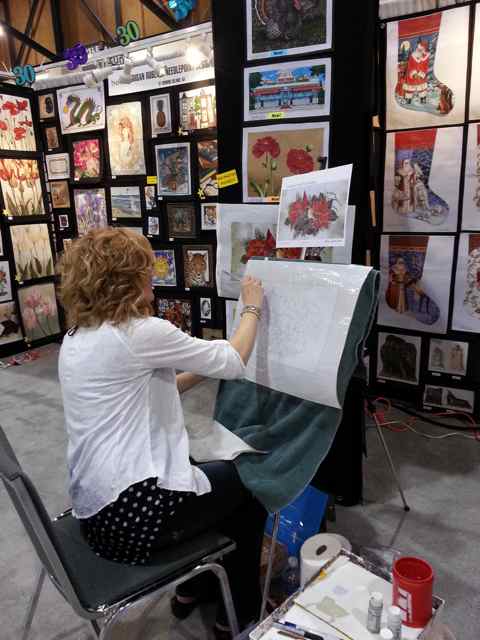 This was from the January market earlier this year. The so very talented Liz…you know and love her stockings…usually paints a new piece on the show floor during the duration of the show. 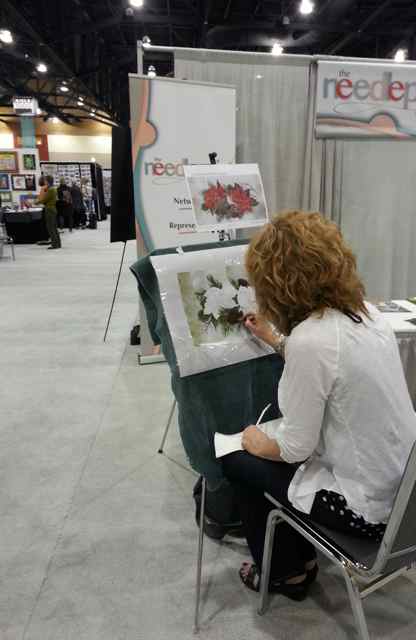 you can watch it come to life over the weekend… 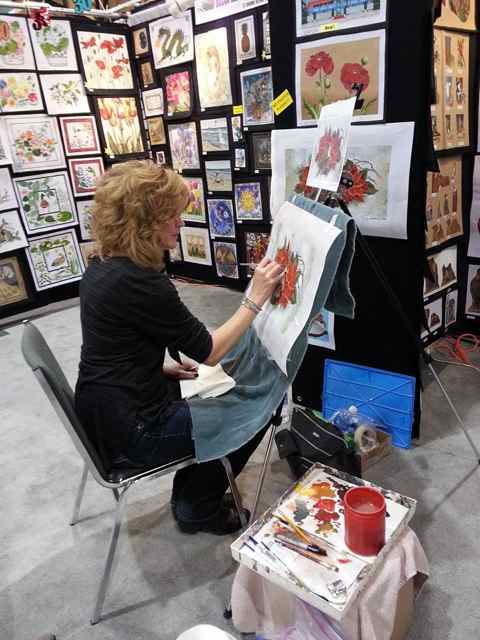 and this beautiful poinsettia sure did!

December 12th has been designated as National Poinsettia day as it marked the passing of Joel Poinsett, an American botantist, physician, minister and ambassador to Mexico who in 1828 sent cuttings of the plant that he discovered in Southern Mexico to his home in Charleston, South Carolina.

This day also honors Paul Ecke, a southern California native who is considered the father of the poinsettia industry. It was his discovery of a technique to propigate these plants that has turned it into a multi million-dollar business! 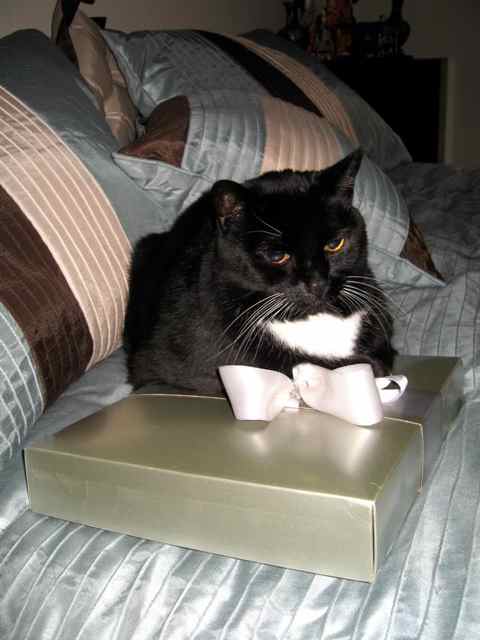 One of my favorite pictures of Sylvester!