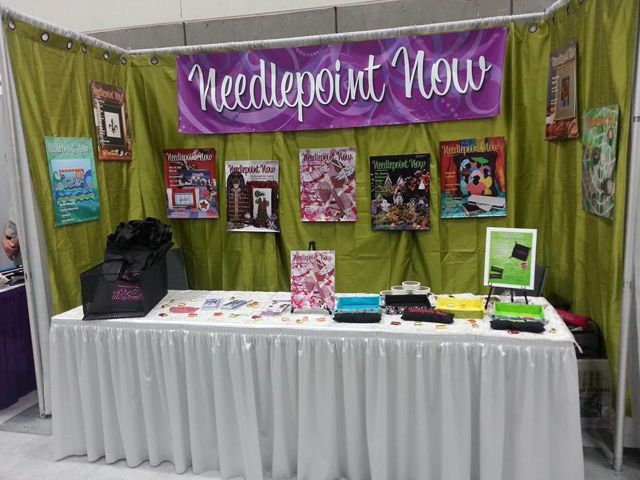 Elizabeth really did design a beautiful booth! Full of color, cover copies of the past issues hung on the wall and of course the newest one fresh from the printers were there to hand out…chocolates, a little gift and of course our bag filled with a magazine and a media kit for advertisers, filled out the table.

I loved the new banner, which you could see it from the opposite end of the convention center! 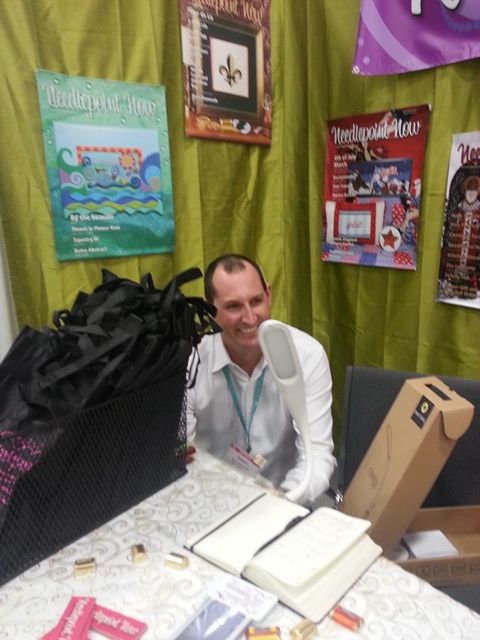 We had lots of visitors including Nathan, the mastermind behind the Stella lights. He had stopped by to hook up the new “Edge” for Elizabeth so she could do some stitching. I am hooked on this light and I think that I need one! Check with your favorite needlepoint shop as I am sure that they have it or could order it for you. 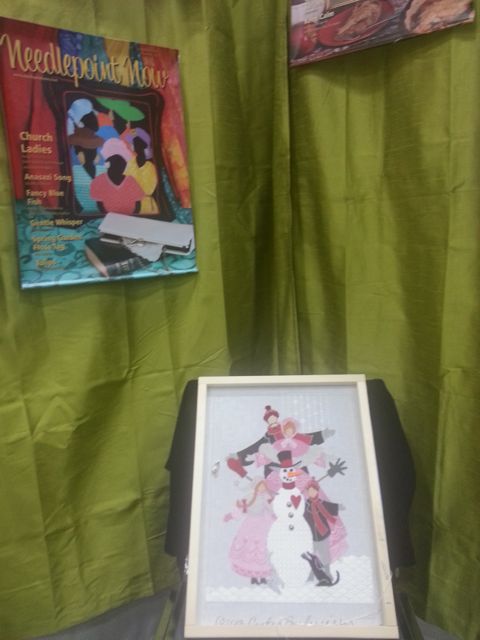 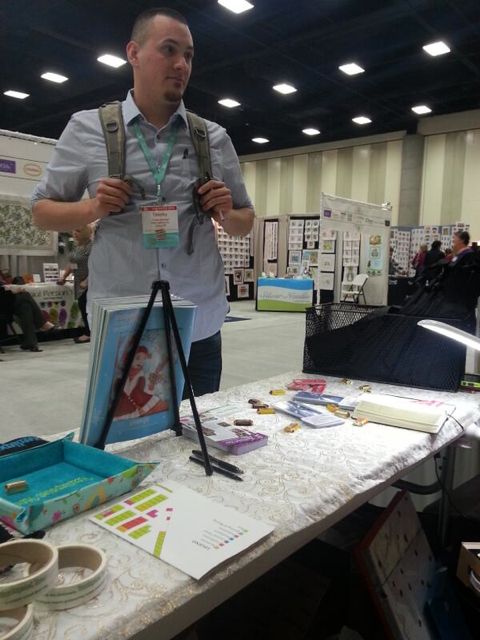 Timmy, also of Stella lights stopped by later to see how the light was. Now that is customer service! I had snapped this picture of him and later he tracked me down and asked, “so what did you do with my picture?” “well I said, what would you like me to do? Facebook or Twitter?” and we Tweeted!

Speaking of tweeting, I apologize for not tweeting quite as much as I thought I would, but I was so much busier than I imagined I would be! plus at times the pictures took up to an hour to go through on Twitter, depending on where I was in the convention center, so I became very frustrated. 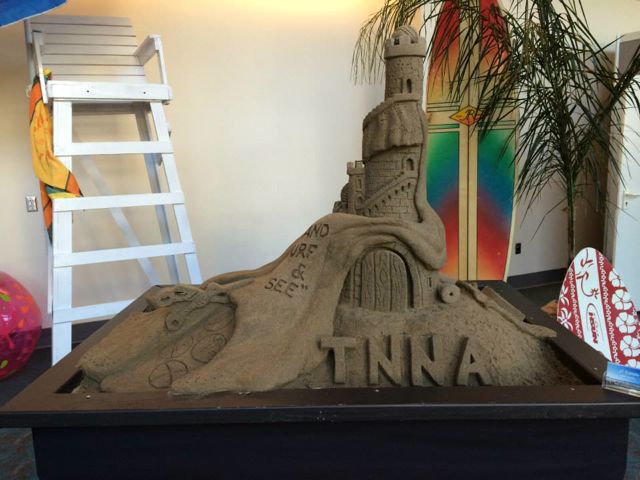 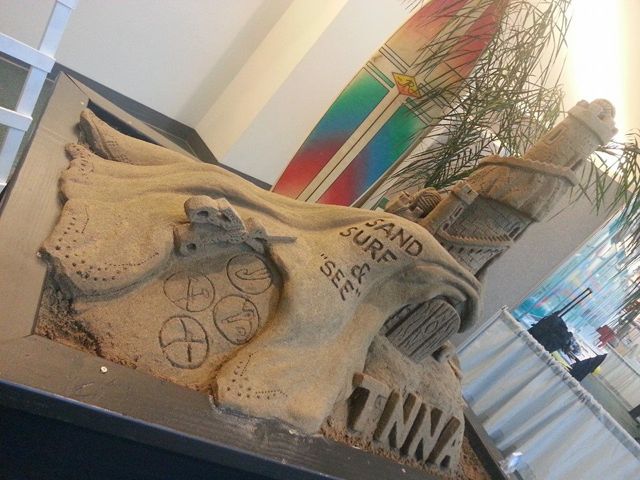 The sand sculpture is finished! and if you notice the scissors and all the elements of TNNA that have been worked in, knitting, crochet and of course needlepoint. The sculptors would come every in morning and mist it, so that it would not dry out and crumble before the show ended. 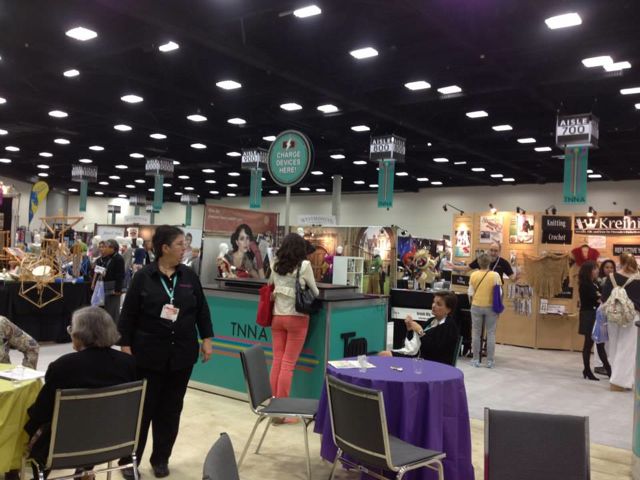 The TNNA photographer caught me as I stopped along the way for something or other! 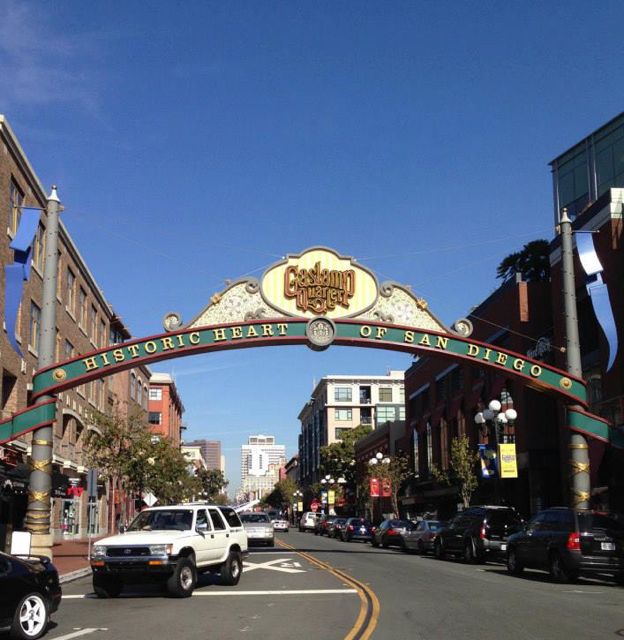 Beautiful downtown San Diego as we walked across the street for lunch at the Tin Fish. Love the French Fries here! 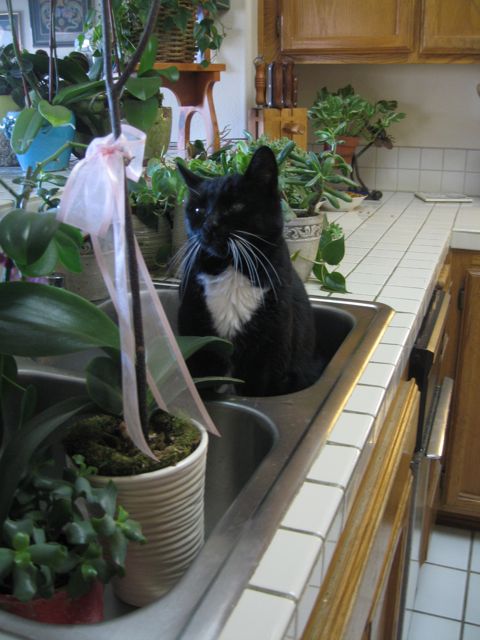 Sylvester is hard at work supurrvising the plant watering. The plants really needed some TLC as many hadn’t been watered since before Christmas!