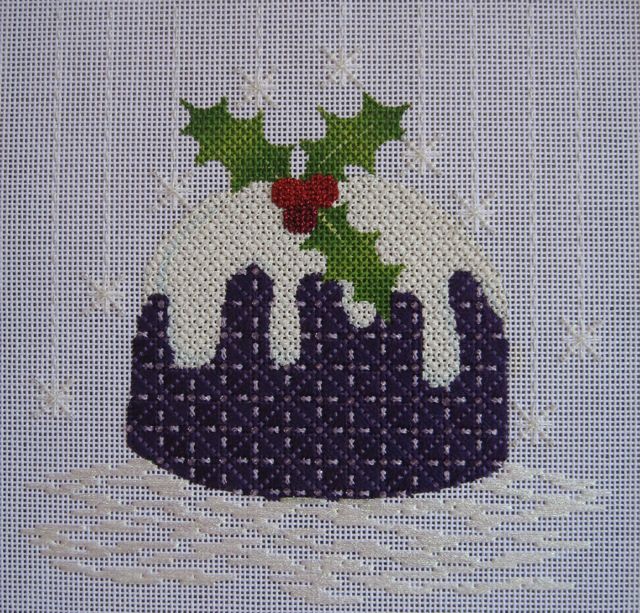 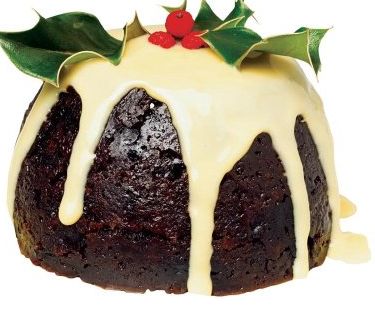 it looks pretty close doesn’t it? A little artistic license in the coloration with the stitching. After all it is needlepoint, isn’t it? This is a canvas by Kirk and Hamilton and is 1 of 4 different plum puddings. Being that I am not British, I didn’t think to call it a figgy pudding until I started doing my research.
What exactly is a figgy pudding, I wondered being that I have never tasted one?! Actually it is more cake like than a pudding and some recipes I found date back to the 15th century. There are numerous ways to prepare this, from traditional steamed version similar to modern bread pudding to a pastry-covered blend of figs, dates, fruits and spices. You know what? it sounds a little bit like fruitcake to me! Well without the chunky pieces of chewy red and green. It is a traditional English Christmas Dessert and have read where it is best when soaked in rum…hmm now that sounds good. Maybe I need to try a piece!
Now if you would like to try MY Figgy Pudding, it will be one of my classes at the WInter TNNA Market in Long Beach. It is scheduled for Thursday January 31rst from 12-2. We will be stitching with Soie d’Alger, Kreinik, Rainbow Gallery, Petite Silk Lame’ Braid, Sundance Beads and Swarovski crystals. I thank Kirk & Hamilton and the thread vendors for their generosity for sponsoring this class.
The canvas is stitched, the stitch guide is written, the stitches have been drawn in Illustrator, the threads are ordered and the piece is on the way right now to the finishers. Whew!
I have been stitching up a storm the last few days as I try to finish up a Halloween piece…yes Halloween for the June Market. I am really not in the spooky spirit, but the stitching gods have been smiling favorably upon me as everything is working on the first try! I am looking forward to getting back to my Christmas Cupcakes. 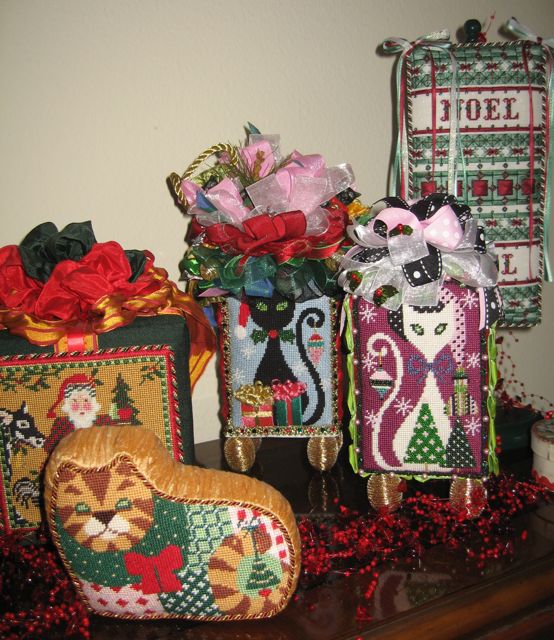 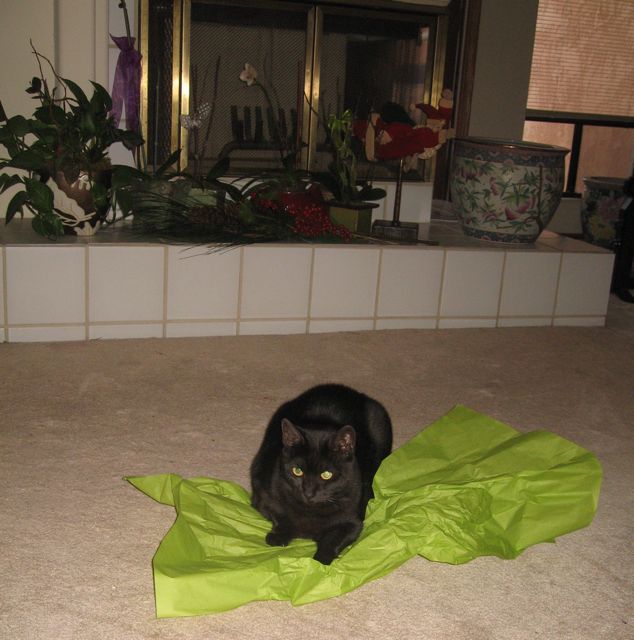 She loves this tissue paper! and until next time…keep on stitching

4 thoughts on “Now Bring Us Some Figgy Pudding!”