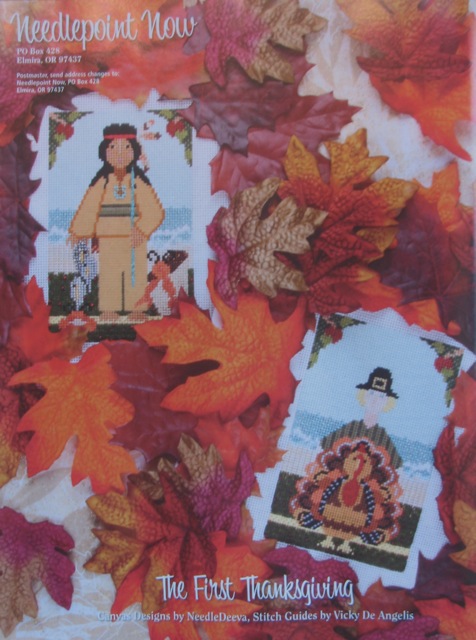 This is the latest issue of Needlepoint Now magazine, the November/December 2012 issue  that is on the way to your mailboxes right now! The Deeva and I are truly honored to be gracing the back cover introducing our newest select retailers club, The First Thanksgiving… 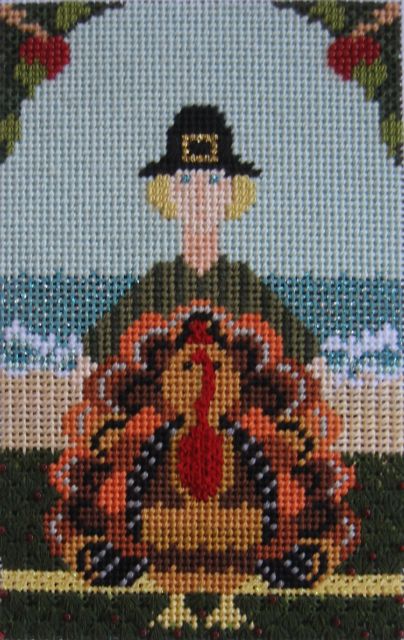 Matthew Williams and Chief Wampanaog are in the magazine along with their stitch guides. During one of my visits at the studios of Needlepoint Now, Elizabeth selected the young man with the turkey as what is Thanksgiving without turkey? 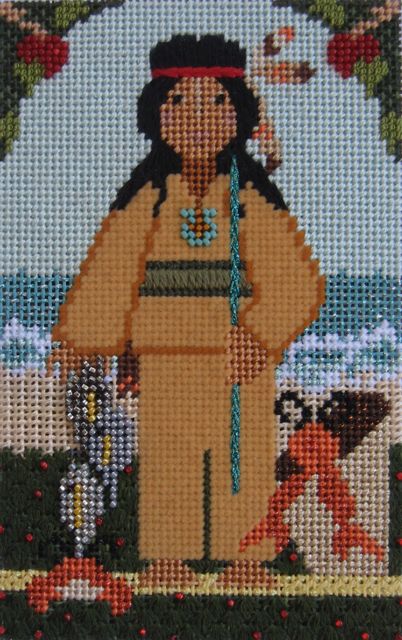 The Chief was selected second and he was absolutely my favorite one to stitch of the group. I think that it was the beaded fish and his amulet. If you are not a beader type person, you could easily just stitch them in a shiny thread, Kreinik, Treasure Braid or anything else that you like stitching with!

These are the select retailers that so far will be participating with this…and listed in no preferential order, but rather alphabetically. 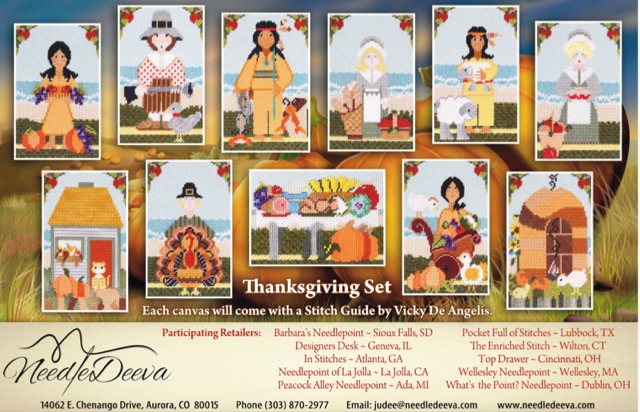 I took the night off from stitching last night! I did absolutely nothing but veg in front of the tv and cuddle with the felines. That is so unlike me as I never am one to waste time…just way too much to do, too much stitching and just too much.

One night last week I shot this picture of Sylvester, who moved into my prime time stitching spot before I was able to settle in. 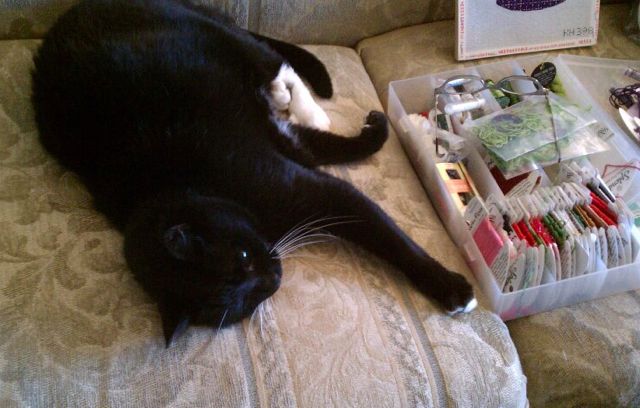 I took his picture with my cell phone and shared it on Facebook with the comment “where do you expect me to sit now Sylvester?” The comments overwhelmingly said “on the floor of course!” 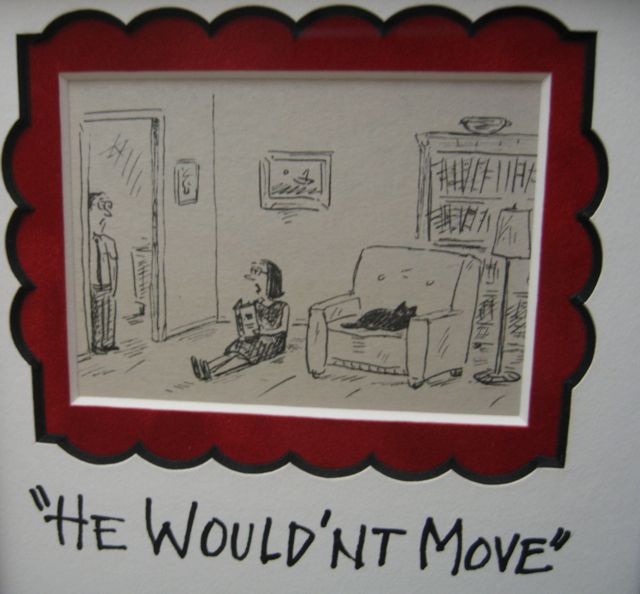 now why didn’t I think of that? and until next time…keep on stitching

4 thoughts on “The First Thanksgiving!”