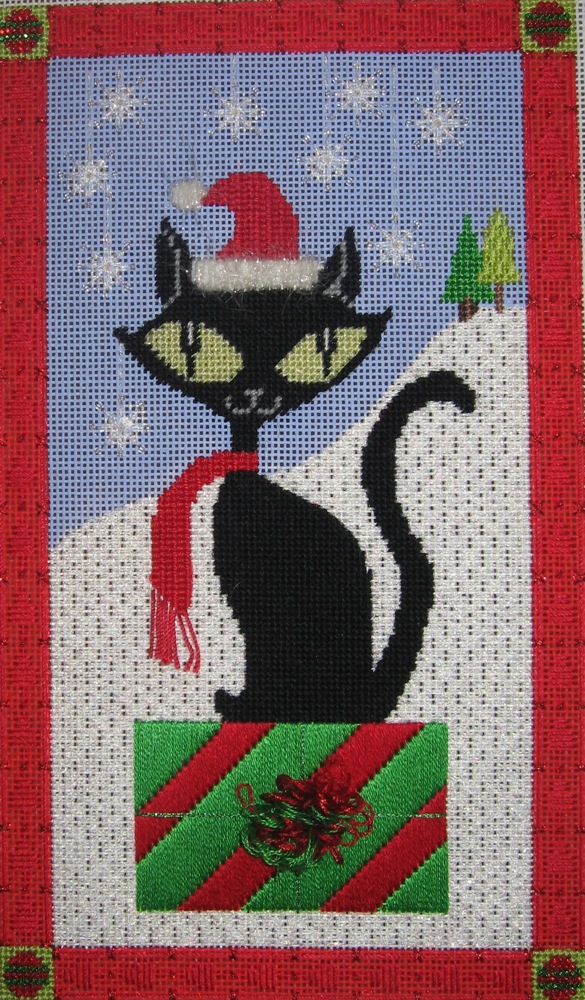 Santa Baby, well he is really finished! Trust me there was lots of stitching and taking out and stitching again and again with this canvas to get it just “purrfect.” For me it was all worth when it was finished as I am rather thrilled with the way that it came out. Ada tells me I stitch too fast, and I think that I am not stitching fast enough!

I had originally had the brainstorm of actually knitting a little scarf for Santa Baby. My last visit with the gang at A Stitch inTime, Alison gave me some knitting lessons. First I looked at knitting yarns and started thinking that wasn’t really such a good idea as most needlepoint shops don’t carry knitting yarns. I then selected a wonderful red in Planet Earth Opal, you know that silky/wool type thread that has the metallic running through it. Think, think, does Ruth carry that thread at Bedecked and Beadzzled? I started thinking that would add an extra challenge to her, so we used the Elegance that the hat was stitched with instead. A little bitty stockinette stitch was worked after all of 6 threads were cast on and oh it was so cute when finished! Thank you to Alison and then to Wendy who taught me how to add some fringe to the scarf.

When it came time to add the scarf to Santa Baby, it was a wonderful idea…but it was way too big and bulky. I didn’t like the way it was looking, so the scarf was retired and I stitched it the same as the hat. A little fringe was added and then it was time to finish the hat with Arctic Rays. I had seen at seminar where a Santa’s hat was done in Turkey Work with this thread, but this hat is too small and didn’t work, so I just did a satin stitch. The trees were the last thing and sometimes just a little basketweave is what it needs.

Santa Baby is in Ruth’s hands and of course I will be anxiously awaiting to see her work her magic with his finishing! I just may have to stitch this one again for myself.

AlleyCat is giving the package for Ruth the stress test. It never ceases to amaze me with all the places that she can park her behind that it has to be right here and right now. and until next time…keep on stitching. 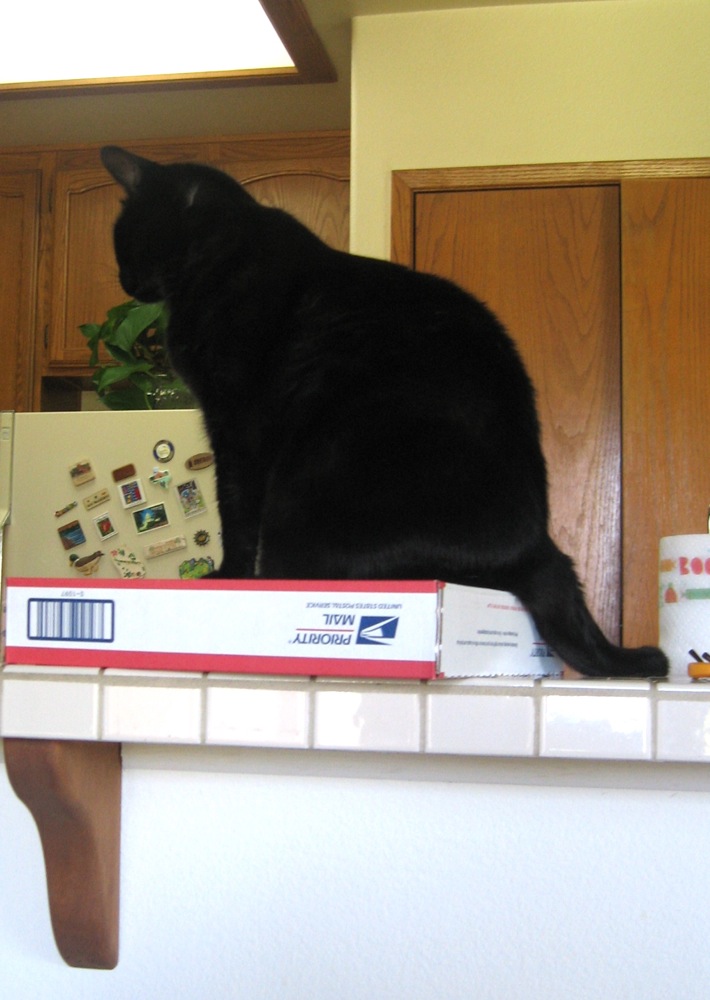