From the Women with Attitude series by Penny MacLeod, meet who I fondly call the Umbrella Lady! Really it is called “Raindrops” and it is in the collection’s line. Yes that’s how they spell it “the collection” and sometimes referred as All About Stitching…so confusing!

It is a large canvas, but with this awesome background that my sistah Meredith Willett gave me, it went quickly…well all things considered. It was her stitch, but it was my choice of threads changing from what she originally suggested…in which she quickly called me “insubordinate!” Well it was a great stitch, but the wrong thread as it brought the background forward and was no longer a background! 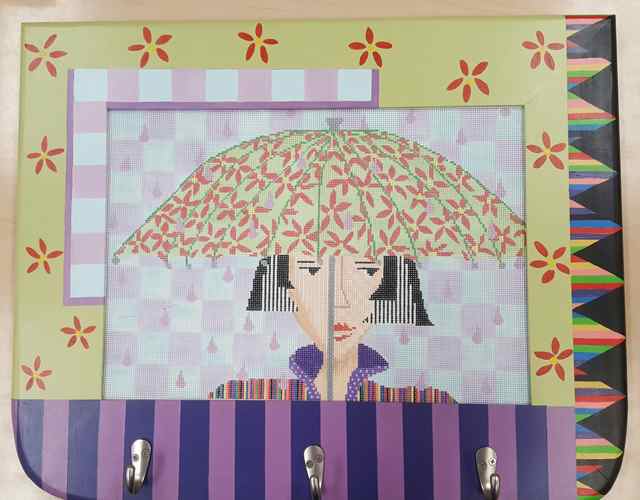 So now do I want to have it put in this frame that was created for this canvas by Deux Bijoux Bijoux which is meant to hold umbrellas! Or do I want to frame it? Well its a shop model and really no hurry deciding.

I started this on a rainy day probably over a year ago and just finished it on Easter Sunday! I really don’t make that much time for stitching these days and this has gotta stop! I really did fall right into my stitching zen this last weekend and I am not sure if it was the baseball or my supurr~visor… 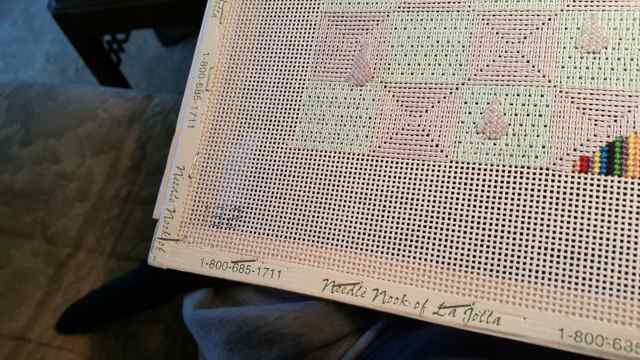 It’s rather a dark picture, but you should be able to see someone’s tail poking out! 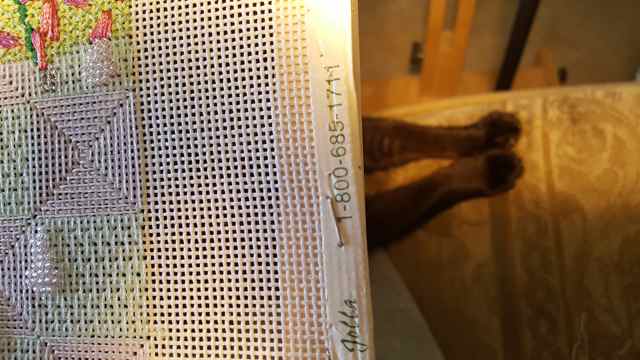 and then she stretched and showed her paws on the other side. She does not bother my threads, moving or not! cam you believe that? 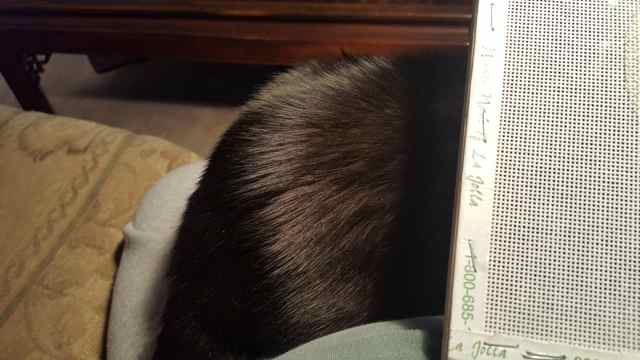 and here was the next night as I was working on a much smaller canvas!

Okay time I stop in to say hi, I will tell you all about my trip to Japan… and that will probably be it until I get back, when I will take you day by day. I am trying to go through all the pictures on my phone and in my cloud so I can clear up some space before departing which is now 3 weeks and 2 days. But who’s counting?