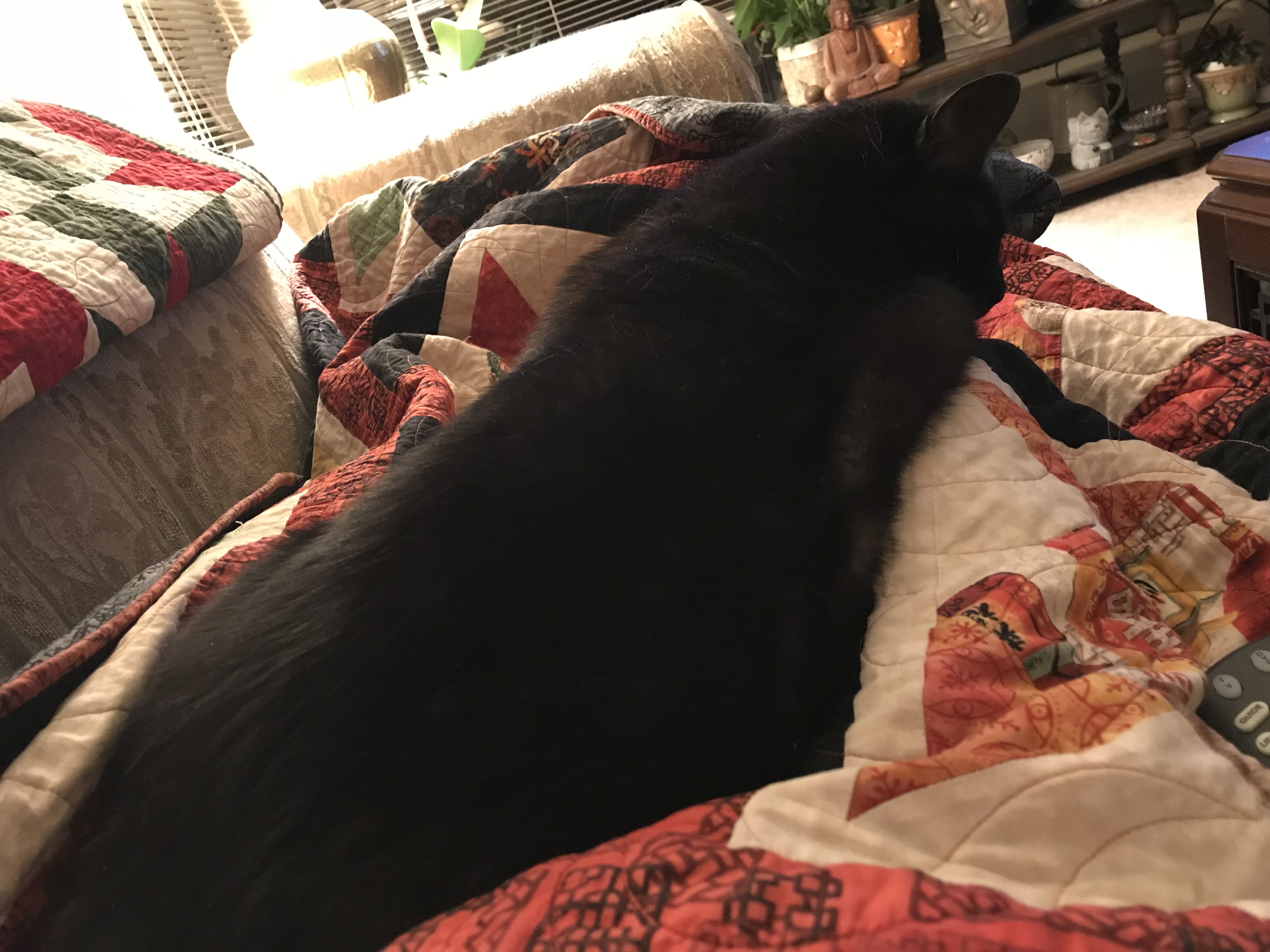 AlleyCat of course here to say Happy St. Patrick’s Day! Actually we both do!

Did you miss us? Well we sure missed you! So in the never ending saga of my new computer…I had it long enough to print some much needed stitch guides and do a blog! Then I realized during the migration of info from the external hard drive to the new computer that all of my pictures didn’t make the transfer. So I gave it to my crack IT guy at the shop and he was going to work his magic…adding no hurry really!

I don’t know if I told you a while back that I hung up my hat for Needlepoint Now. Elizabeth and I had this talk when I went back to the shop that one day I would no longer be able to do the magazine work. Well it was over 2 1/2 years later and I called her one day and said that this was it! It was too daunting to work a long day at the shop and then come home and work on guides. It was really a blessing in disguise especially since my computer acted up. I will still do new product reviews, but that’s it!

So back to my computer…my IT guy called me and said well we found about 3-400 pictures and I commented that maybe add a zero to that total. Come to find out there’s around 22,000 pictures! Wow! We wound up installing a new hard drive in the old computer, so I can leave one at the shop and the other at home. I will probably pick it up next week, but in the mean time I thought I would try the blog on my iPad. It works, but I don’t have many pictures…so all you get is me under the quilt and AlleyCat on top!

Blue Bonnett was great! It gave me a little breather before the Getaway, which was a smashing success! Thanks to my amazing team members… they are really my San Diego family and couldn’t have done it without them!

Now I’m enjoying a weekend off and spent the day doing some much needed housework! I will finish up tomorrow with the vacuuming, which AlleyCat hates of course…but for now it’s a little wine time and I’m baking a piece of salmon which is the extent of my cooking!