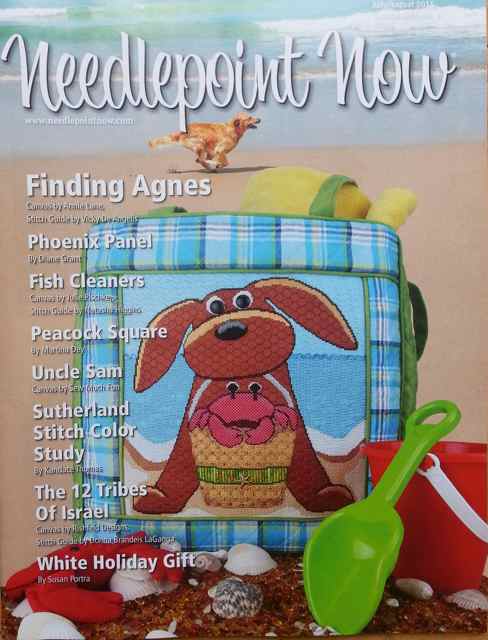 I have been lucky enough to have much of my stitching published in Needlepoint Now.. but this was the first time I am on the front cover! I am just a little bit over the moon about it. I am thrilled with the way the cover came out and as Elizabeth says “this is my best cover ever!” but I think that she/we say that with every new cover shot. But this one is…really! 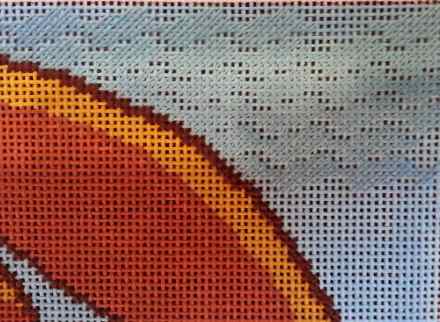 The canvas came home with me right after the Winter Market in January and I started on it shortly there after. I begin with the simplest, easiest areas that I know what I select is right on the money!

After picking out some threads to begin with, I outlined the dog first in tent stitch..well that’s kinda easy, no? I went to the sand next, which I realize now that I never took any pictures of that area of stitching. Then the canvas took a few trips with me to Austin and then Atlanta as I tweaked some threads.

Stitching went rather seamlessly with little reverse stitches, except for the sky. I originally started out with 2 strands for the small swirl stitch, but realized that I didn’t like it…so I went to a single strand. 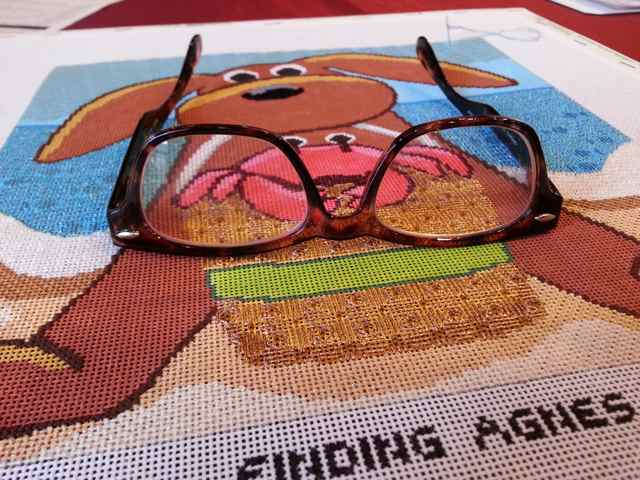 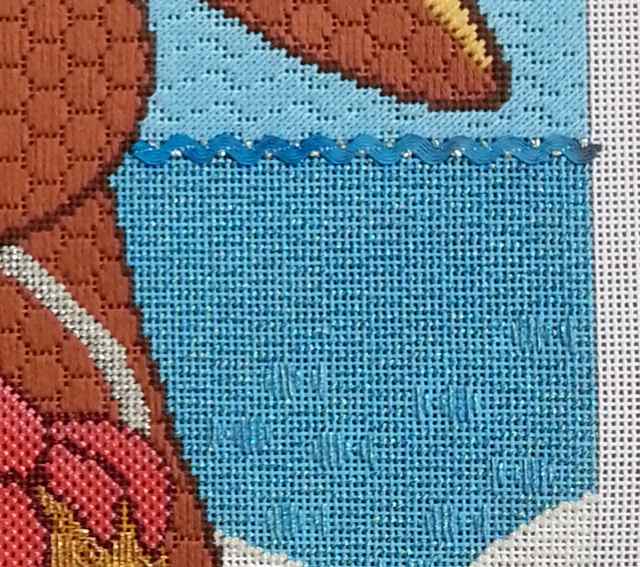 I used Painters Thread Ric-Rac for the where the ocean met the sky. It was really very easy to applique that onto the canvas and gave me the look that I wanted! 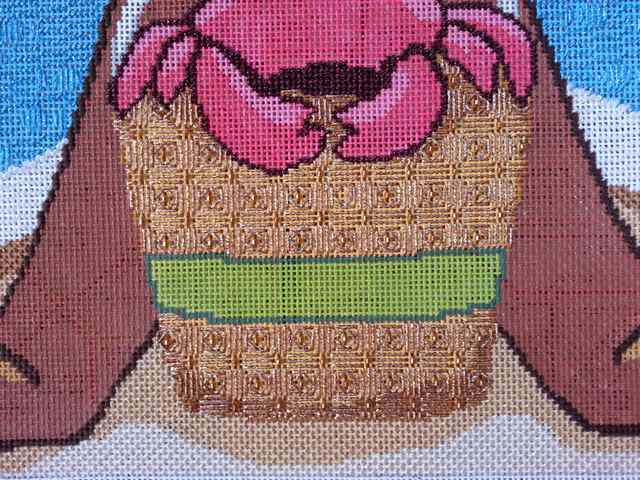 Working on the bucket… 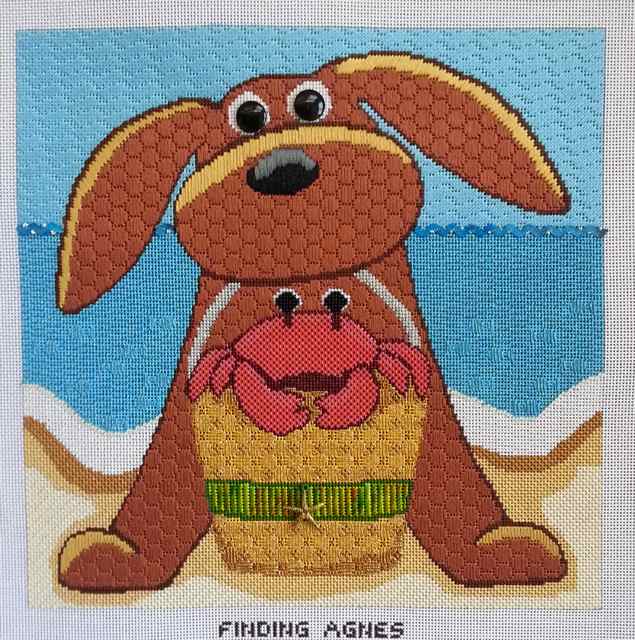 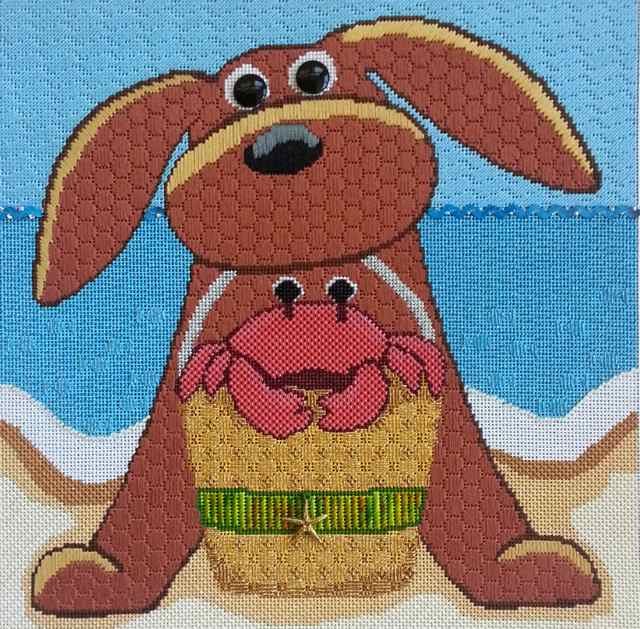 Buttons for the eyes and a starfish charm for the bucket finishes him off. A fun, fun, fun canvas to stitch, even though it is a D-O-G! You know isn’t that what needlepoint’s all about…having fun, enjoying what you are doing and loving the piece that you are stitching on? Life is way too short to stitch what you don’t like! 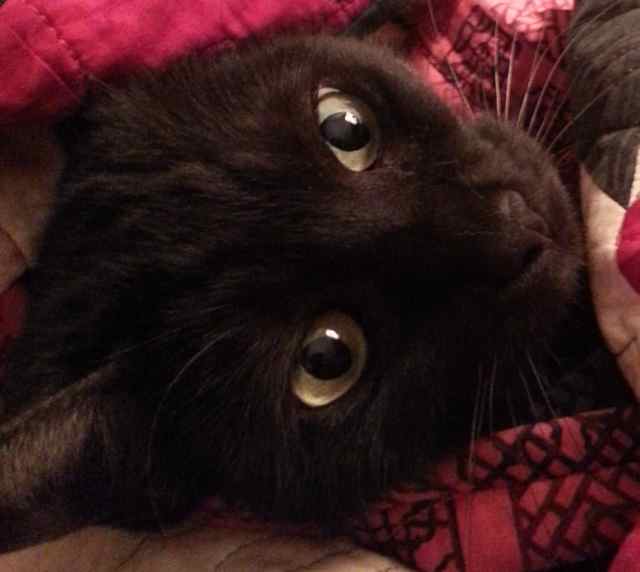 AlleyCat, its really not that cold out!