Or more importanly, will the computer behave? My Mac is aging…well aren’t we all? and sometimes it misbehaves and tells me to upgrade the browser. Well its too old to upgrade! and Mac’s don’t come cheap, especially when there’s needlepoint classes and trips and well we’ll save that for later!

I will take you on a whirlwind of what my last 3 months has been like. First we had the trade show in San Jose. First time for that location and really not my fav. Hopefully it will not be going back there. 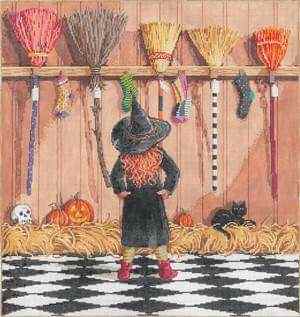 This was my pick of the show called Decisions, Decisions by Sandra Gilmore. Love, love, love this canvas! 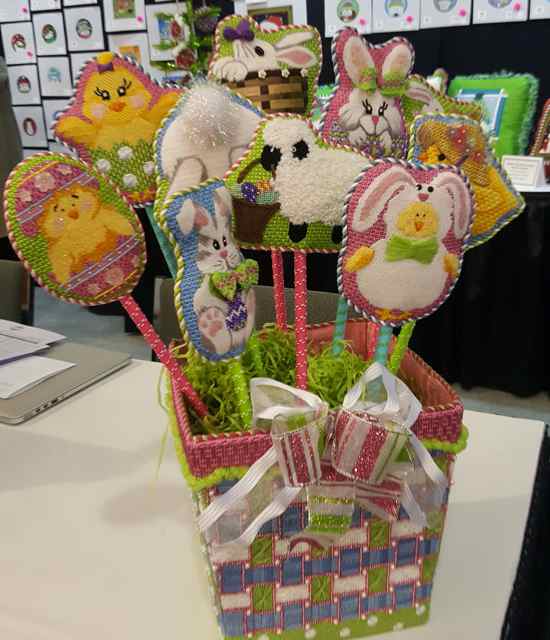 This was a close 2nd! Easter basket by Pepperberry Designs. I ordered them all to be stitched up for a shop model. 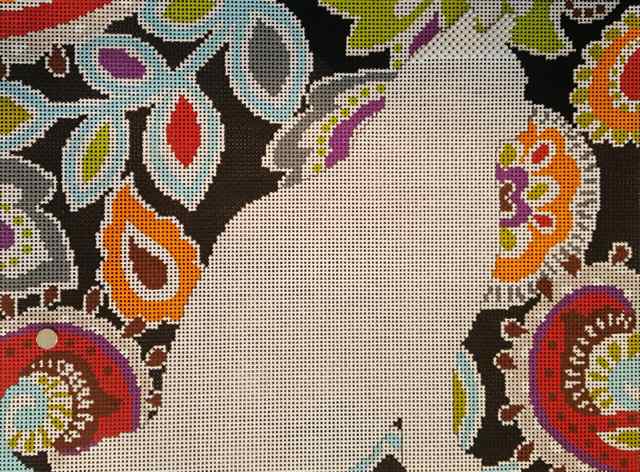 Then I started to celebrate my birthday weekend, first of all by having a class with the Divine Miss Meredith and selected this canvas. A cat of course, what were you thinking? 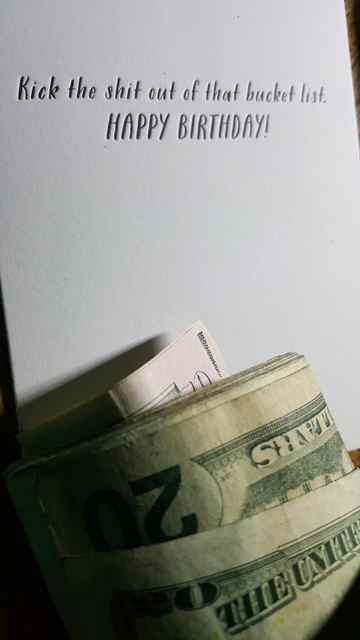 A few days later the girls and the stitchers that were in Brenda Hart’s class gave me a bucket full of money for my birthday! and why did they do that you ask? Cause I’m going to JAPAN the last 2 weeks of May! More details at a later date.

And then there was the Blue Bonnet Retreat where I took 2 more classes! Fire n Ice with Tony Goerdes and Feline Frenzy with Dawn Donnely… both of which I’ve had absolutely no time to add a single stitch to either one! This was our banqeut and the absolutely hilarious Debbie Steihler had us in stitches!

If you are a member of Needlepoint Nation, Debbie posed a question of what are you favorite stitching supplies? well like I said she really nailed it and she was so funny! Debbie is way, way, way back at the podium BTW. 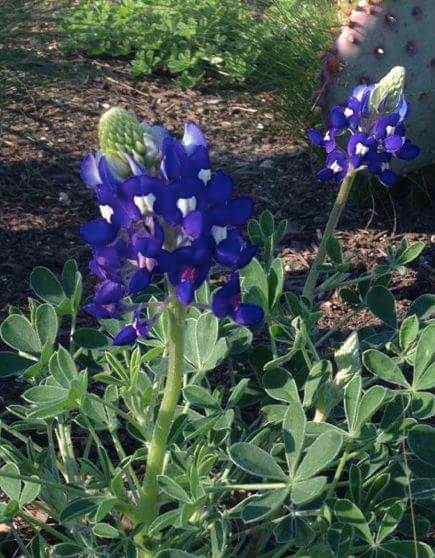 We had some early blooming blue bonnets!

Now I’m starting to get ready for our big Needle Nook of La Jolla Getaway. These were our door prizes! 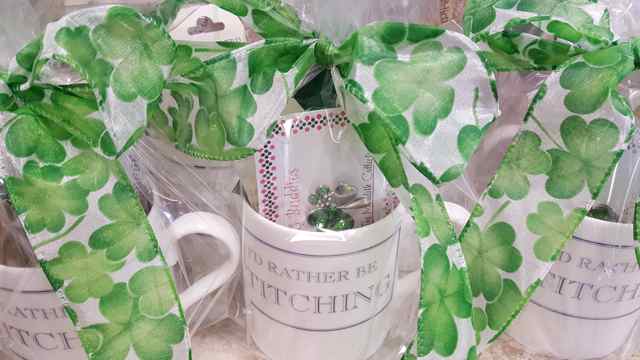 It started on St. Patrick’s Day, so we were in the spirit. I found these mugs at The Royal School of Needlework while I was in London, and a dear friend ordered them for me. They were filled with tea and crumpetts, needles and a 4-leaf clover magnet! 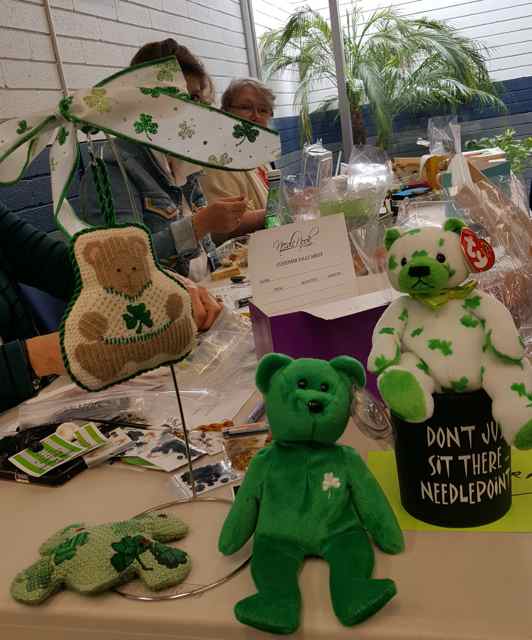 Some of the girls were really into the spirit of it all! 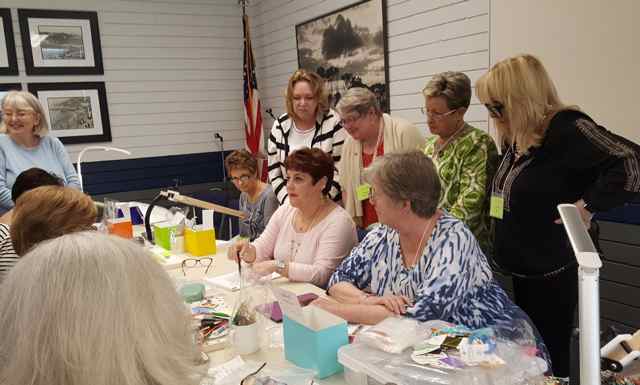 Just a small portion of our almost 60 attendees and this was part of Sherry Bray’s group.

It was a great weekend and we all had so much fun! More details later… now I need to get caught up at home and at the shop. 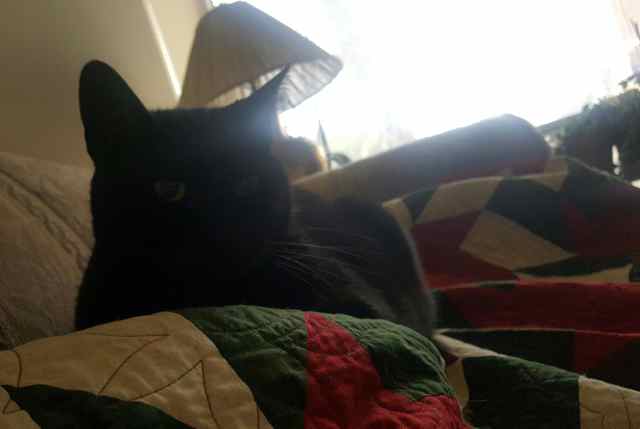 This was AlleyCat and I while we were down for the count the day after!

ooh and how can I forget! only 1 week till opening day! and the World Baseball Classic was some of the best baseball…unfortunately I couldn’t make any of the games as work got in the way this time.

6 thoughts on “Lets See…Do I Remember How to Do This?”