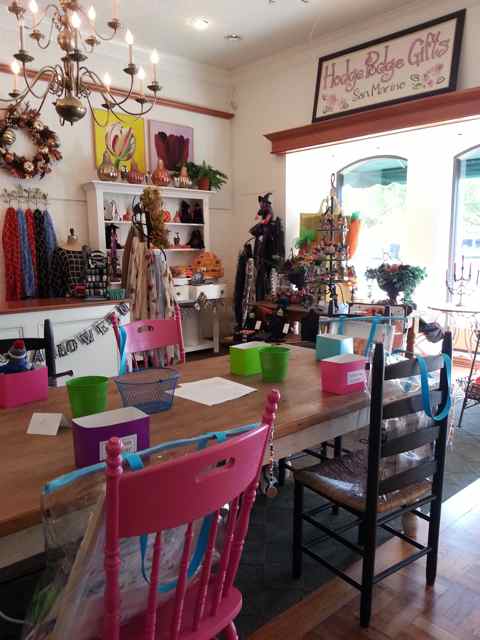 So now you’ve met The Embellishment Squad…so what’s it all about you say? Well first a little about the shop where the class was held. A Stitch in Time in San Marino, California, which is the home to fabulous needlepoint, knitting and a gift shop called Hodge Podge… and trust me I always manange to do some retail therapy in both! 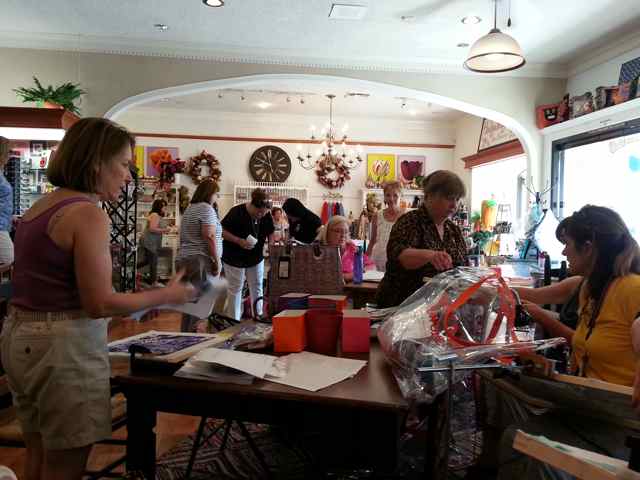 There were 44 of us in class and here we were all getting settled in! 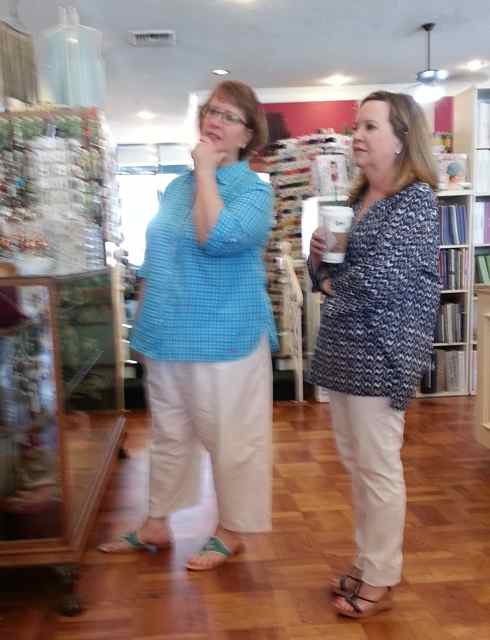 Katie and Maryellen were checking out the canvases…hmmm, which one can’t I live without? 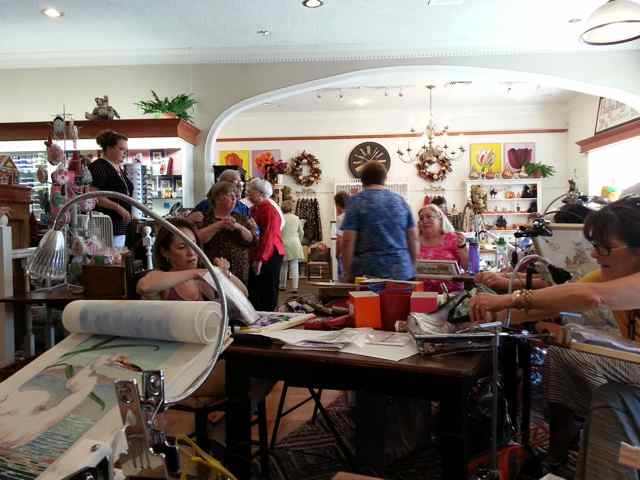 Still getting settled in and almost ready to start class! 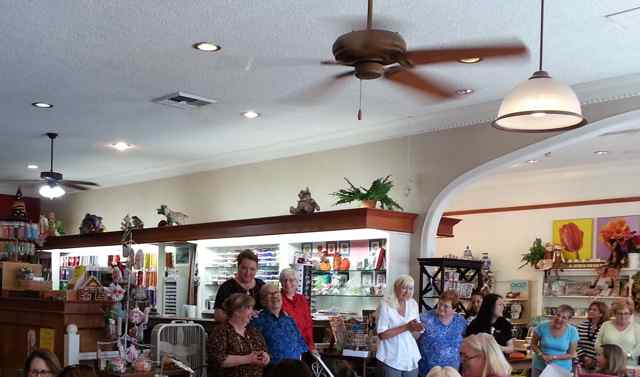 Tony, Meredith, Suzanne and Debbie had a little to say to us and then we all introduced ourselves. 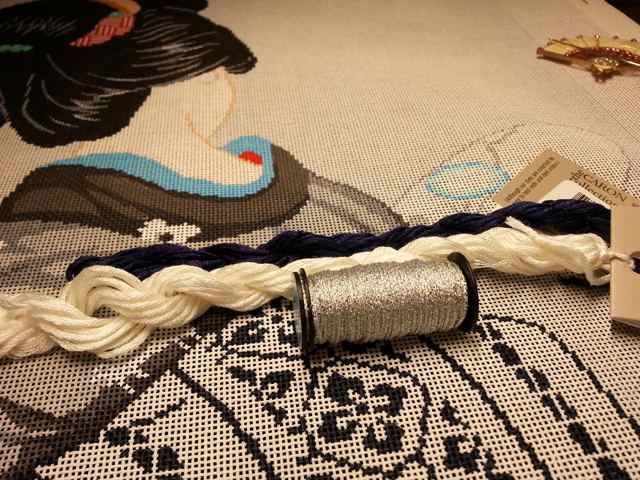 This was my canvas, an Elizabeth Turner Designs and my first section that I selected to start stitching on was her obi, worked in Or Nué…meaning nuance of gold. But this time it is could be nuance of silver! As many teachers as were there, that was the many ways I could do Or Nué… 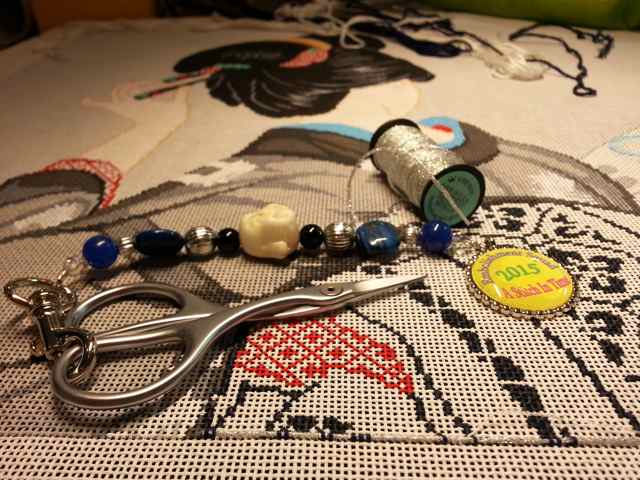 Here was my first row done, but I need to make myself a needle nest as I forgot that I need to have several needles working…this way I will have a place to hold the needles as I move from color to color.

Check out the great scissors fob that we were given! I can tell that Alison and Meredith took the time to co-ordinate the fob to our canvas…and of course I added the correct magent which is a fan!

It’s was a fabulous class as always…and where do I sign up for the next one? 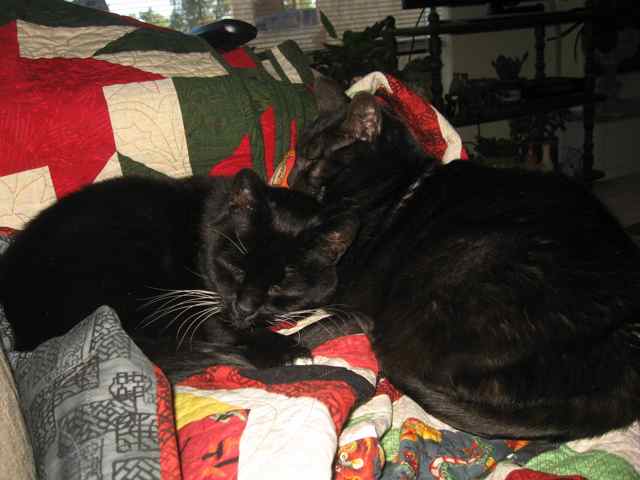 4 thoughts on “The Embellishment Squad!”