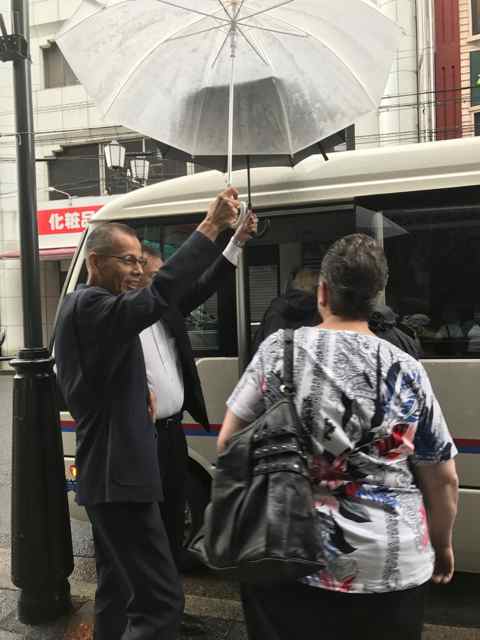 We left our hotel in Kyoto and today our public transportation was our very own charted bus! What a great treat this was. The young men met us at the door and held umbrellas out for us as it was raining! I was sure glad that I had bought that little umbrella at the Ohara Museum the other day. Today would be a very busy day for us. 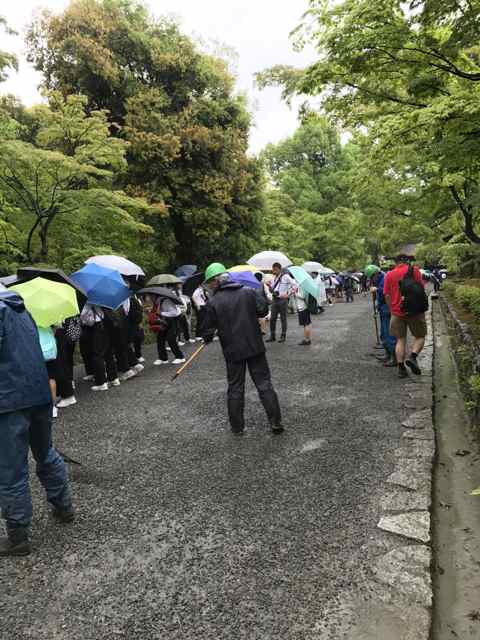 Meticulously grooming the walkways so that not a stone was out of place. 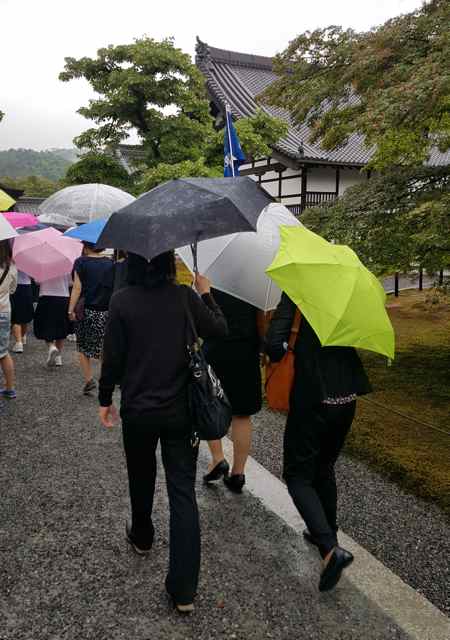 We walked our way through quite a long line to enter the Golden Pavillion.

“Kinkaku-ji (金閣寺, literally “Temple of the Golden Pavilion”), officially named Rokuon-ji (鹿苑寺, literally “Deer Garden Temple”), is a Zen Buddhist temple in Kyoto, Japan. It is one of the most popular buildings in Japan, attracting a large number of visitors annually. It is designated as a National Special Historic Site and a National Special Landscape, and it is one of 17 locations making up the Historic Monuments of Ancient Kyoto which are World Heritage Sites.” 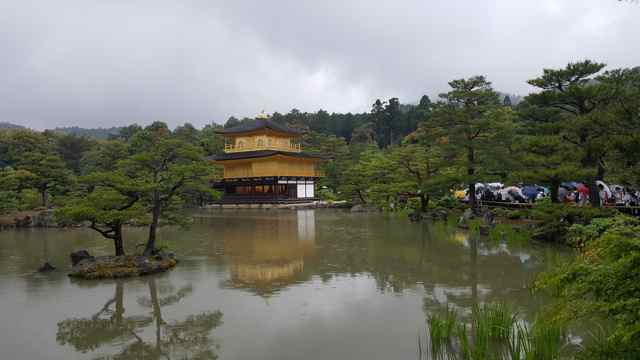 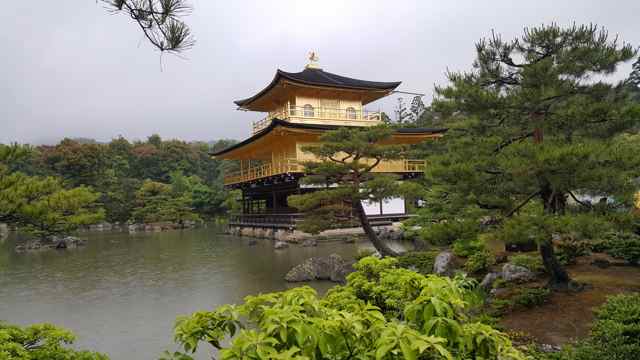 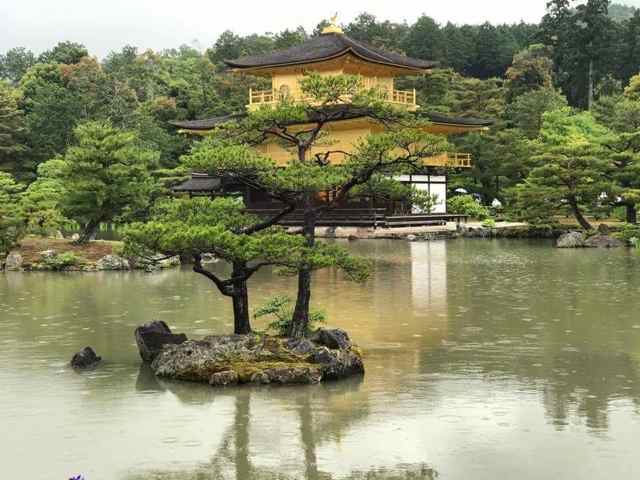 “The Golden Pavilion (金閣 Kinkaku) is a three-story building on the grounds of the Rokuon-ji temple complex. The top two stories of the pavilion are covered with pure gold leaf. The pavilion functions as a shariden (舎利殿), housing relics of the Buddha’s Ashes. The building was an important model for Ginkaku-ji or Silver Pavilion Temple (where we would go later.) When these buildings were constructed, Ashikaga Yoshimasa employed the styles used at Kinkaku-ji and even borrowed the names of its second and third floors.” 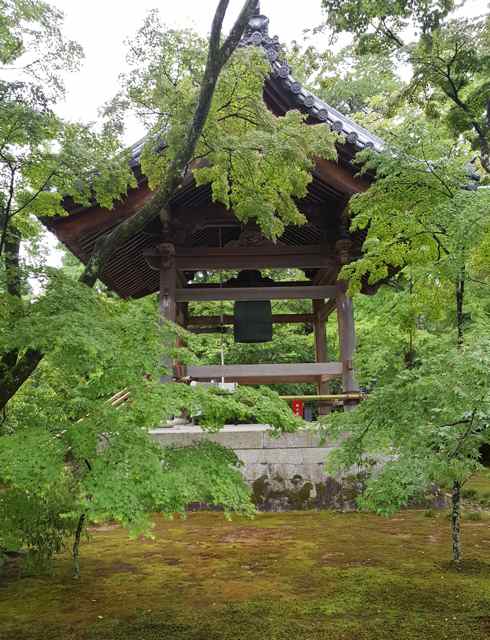 It was really very beautiful!

Next we would head to Kitano Shrine Flea Market, which is held on the 25th of every month. 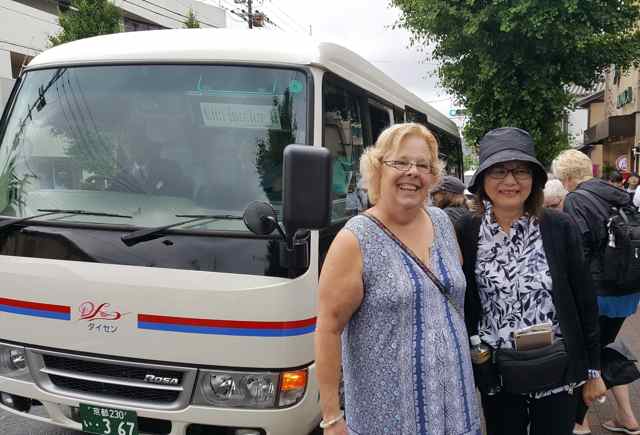 We were the “Midori Embroidery Tour” with Mary Alice and Midori posing for us in front of the bus.

I was fascinated with the beautiful shrine and the surroundings… 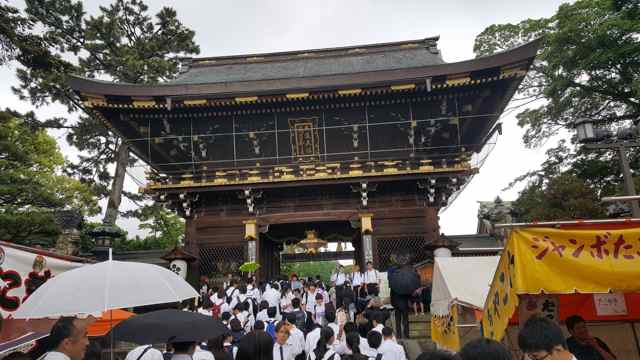 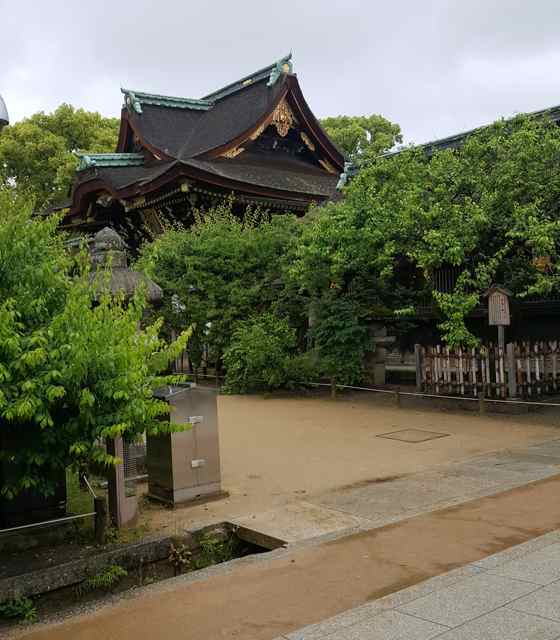 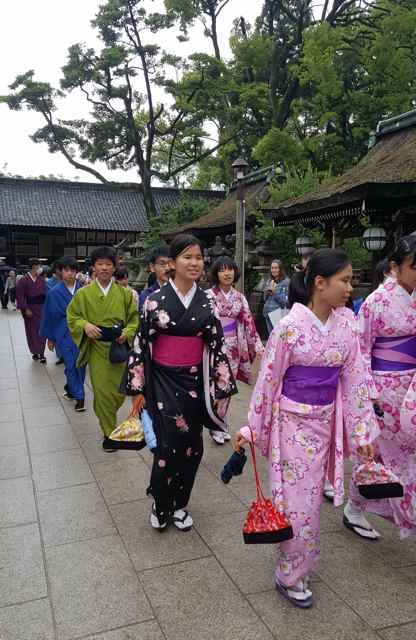 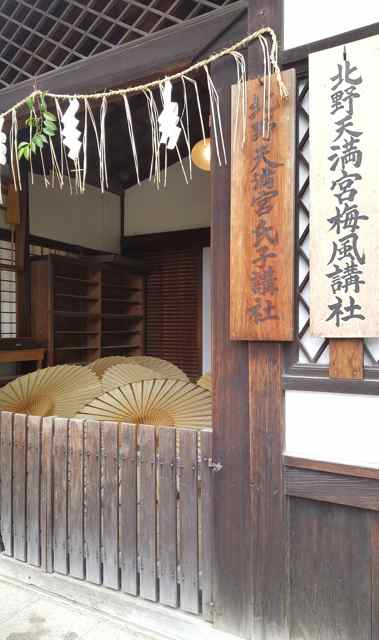 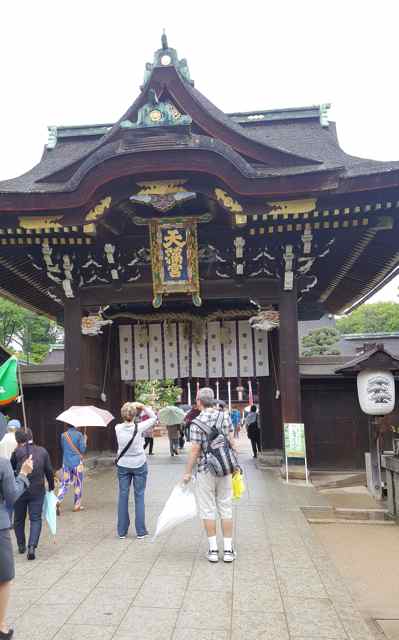 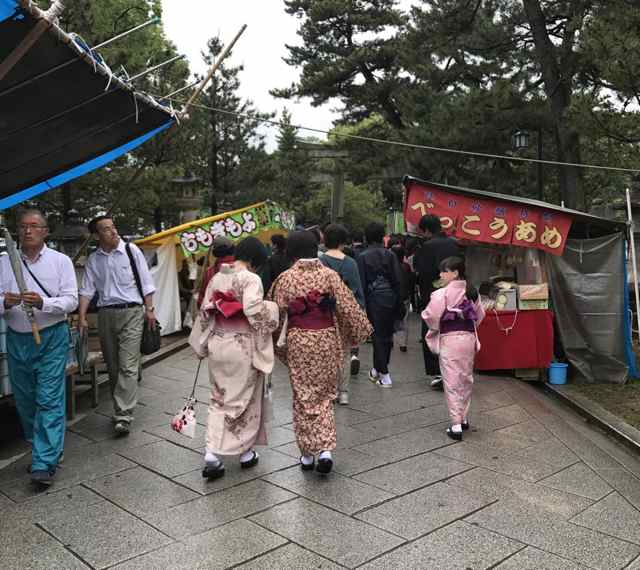 First I investigate and then I shopped! Just never enough time to see it all! There were some great little stalls where they were selling food, kimono and obi fabrics and pottery. I bought a few pieces of hand made pottery that were no more than a few hundred yen, which was a great way to use up my change. 100 yen and 500 yen would be a coin, which was pretty much the same as $1 or $5. 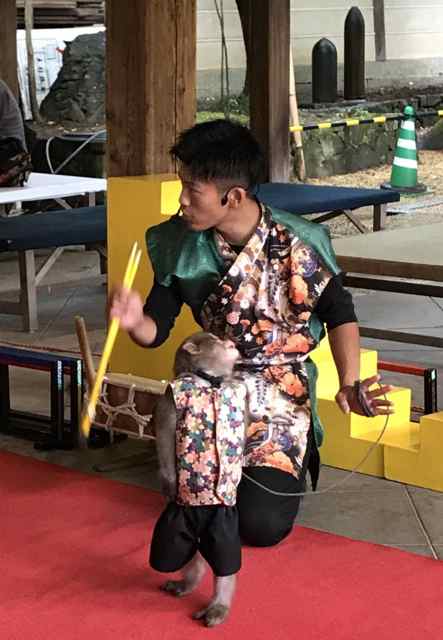 and there was entertianment too!

and all too soon, it was time to go! Next stop would be a textile factory.

I am really sorry if I am boring some of you out there, but I do thank everyone who have complimented me on the posts, the pictures! Remember that flattery can get you everywhere. We just have 2 more days and then that’s it! so for now I will say…sayonara

6 thoughts on “From Gold to Silver!”