Where oh where has the last 3 weeks gone to? It seems like in a blink of an eye another month has gone by! I’ve been to the American Needlepoint Guild Seminar in Anaheim and then to Dallas for the Cash & Carry Trade show with the latter being my favorite market destination! which we will save market talk for another time.

We had been here a few years ago, so it was almost like going home! And for me it was just a quick drive up the freeway, well quick in So California terms. This was going to be a short trip for a 2-day class, 1 day to play and then back to the shop in case we were busy with visitors from seminar. 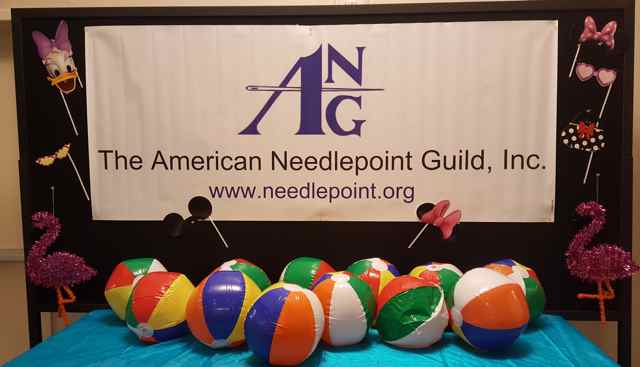 There was a little beach theme going on! 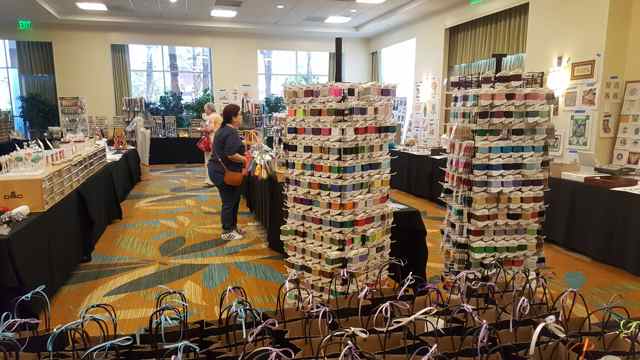 At noon the exhibit opens where you can view the ribbon winners and also have a look see at what classes will be offered next year in Washington DC. I have my class picked out and I am just waiting for the registration to open up!

I had entered 2 pieces, one which I stitched a few years ago and the other was recently stitched to enter. I was told by a wise judge a few years back, never stitch to win a ribbon, which is exactly what I did and needles to say I didn’t win…at least for the time being. 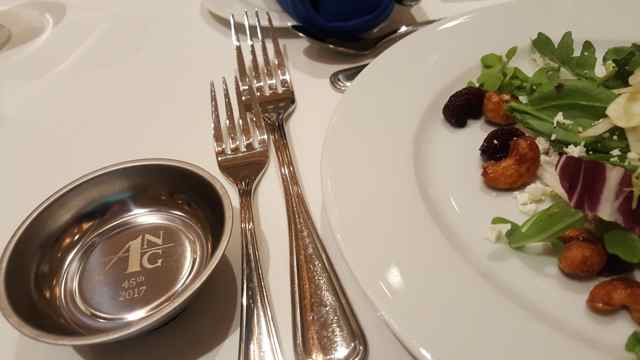 The opening banquet and a great little favor to mark the occassion! 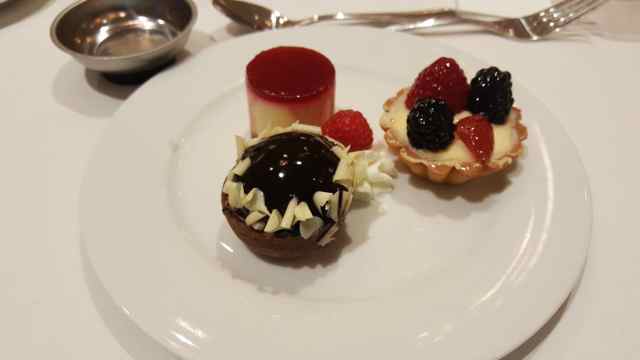 and then the dessert.

There are some welcomes, some introductions and then the announcement of the special ribbons, which for me was the real dessert! 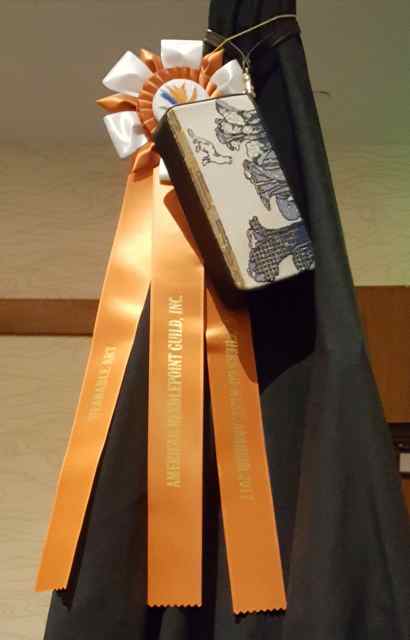 Wearable Art! and I was totally floored when they announced my name. Little Feet by Red Thread Designs and this is the one that I stitched as I chase after that elusive (to me anyway) Princess Grace Award for basketweave. So many people I tell me that I do a pretty mean basketweave, so I keep trying and I will keep trying…but you need just the right canvas. 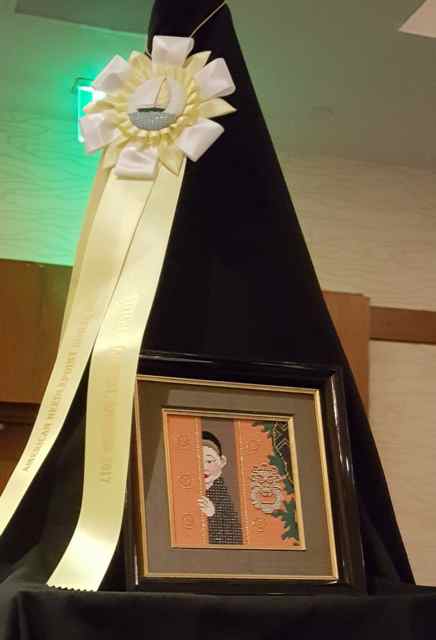 Then the next award was Small Masterpiece and they called my name again! Doubly floored for sure. Tibetian Boy by Amanda Lawford that I stitched a few years ago, taught in Dallas and was in the Needlepoint Now magazine. 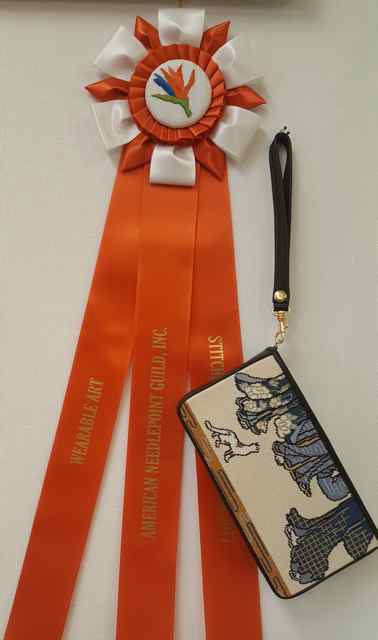 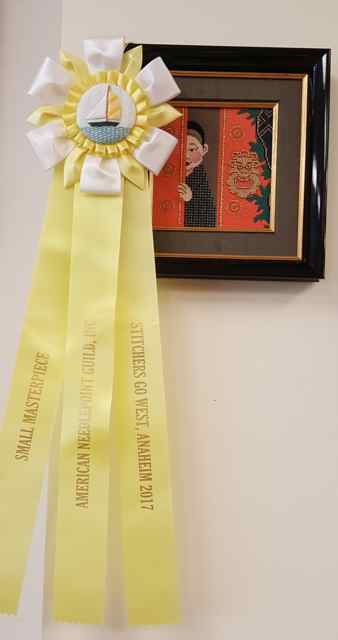 and here they are hanging in the shop!

I need to start thinking about what I’m going to enter next year… decisions! decisons! 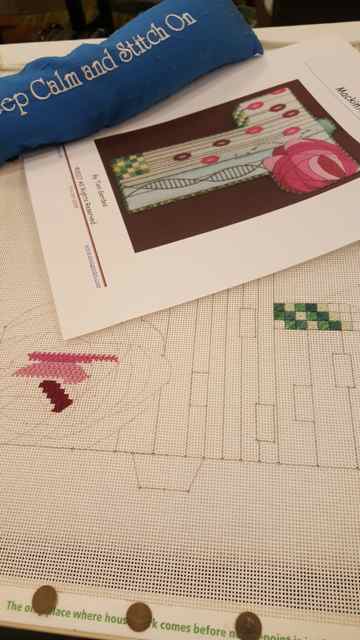 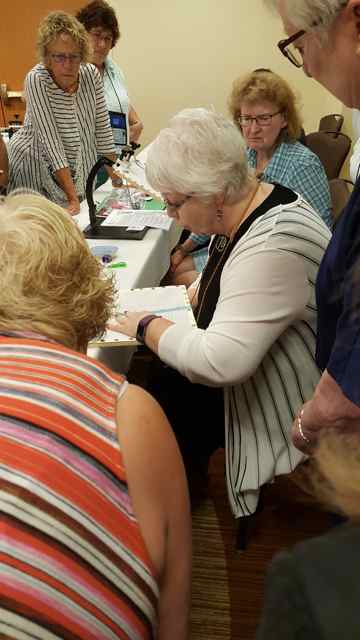 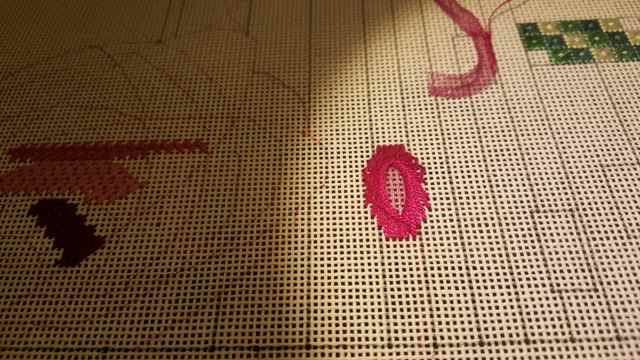 and I need to master these oval Jessicas! I started off great, but didn’t finish so. 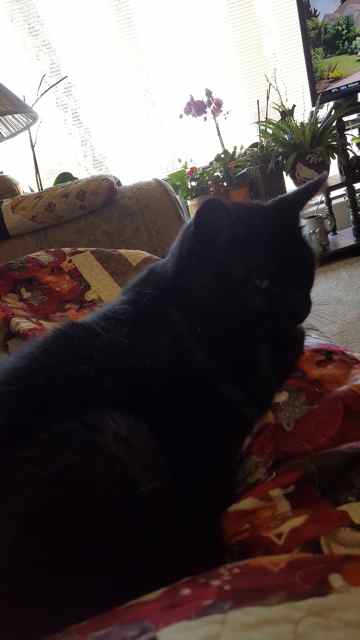 You haven’t seen my only child AlleyCat in a while…here we were chillin on the couch as I was watching baseball. It’s a very good time of the year now. and may the best team win…

10 thoughts on “Where Has the Time Gone?”